A new class of police recruits&nbsp;in Upper Darby are hitting the streets with a new mission.&nbsp;

UPPER DARBY, Pa. - You may not realize it, but history is being made at the Upper Darby Police Department.

In their first days of training, the officers are subjected to plenty of classes, including proper use of force.

However, it's not their training that sets the new class in Upper Darby apart.

Police Superintendent Tim Bernhardt says his department is changing, just like his community. A recent wave of police retirements has paved the way for the most diverse recruiting class the township has ever seen.

"As a chief of police it's the greatest thing in the world to have a police department that represents the community you serve," Bernhardt said.

Nine new officers were recently sworn in, including the department's first officer of South Asian descent, its latest female recruit, two who grew up in the township, and several who speak different languages.

"Being able to speak the language of the Sikh community I believe I could connect and be a bridge between law enforcement and the community," explained Inderbir Randahwa, one of the new recruits.

The new officers will spend the next couple of months training and getting to know their community, each bringing their own experience to the job. 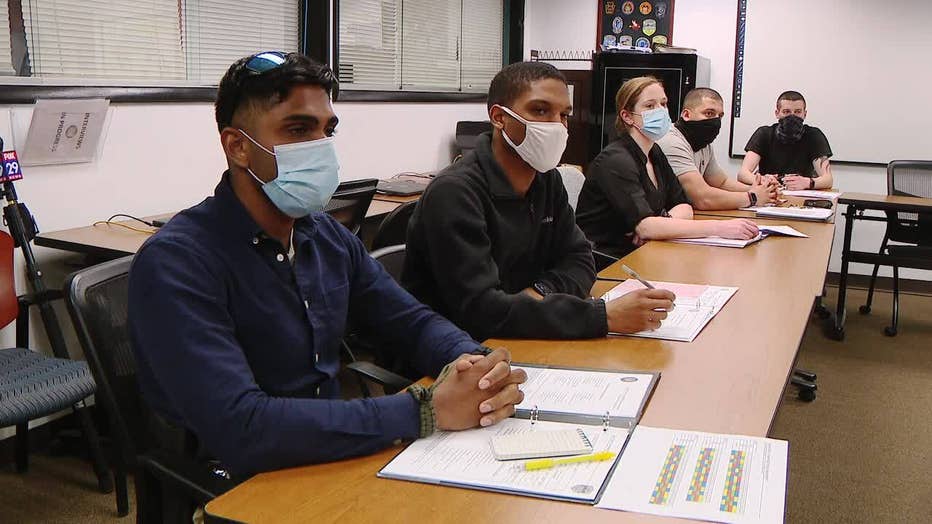 "Some people would approach a female differently than they would a male officer, maybe they’re more willing to talk to you," recruit Maura O'Connell added.

"Working in a township like Upper Darby It’s a big melting pot it only makes sense that our department would be the same," said Dan Mullarkey, another new recruit.

All of the change in the department didn't happen by accident. The township's mission was to hire a diverse group of cops – one just as diverse as the community they now serve.

"It's about how we treat each people. You treat people with respect the way you want to be treated. The way you would treat your mother, brother or sister," new recruit Nick Moriconi added.

The recruits also know they're coming into law enforcement at a very divisive time and on the heels of the Derek Chauvin trial.

"We serve everybody regardless of race religion or sex so to see law enforcement is changing to fit that mold is a great thing to see," recruit Matthew Terry said.

"Look at what this country has been faced with law enforcement with everything that’s been going on That we Upper Darby township are going to have a department that’s going to reflect the community and we can grow with it and engage with it," Supt. Bernhardt added.

The township says it's not done yet, and the department is looking to hire 12 more full-time officers by the end of the year.