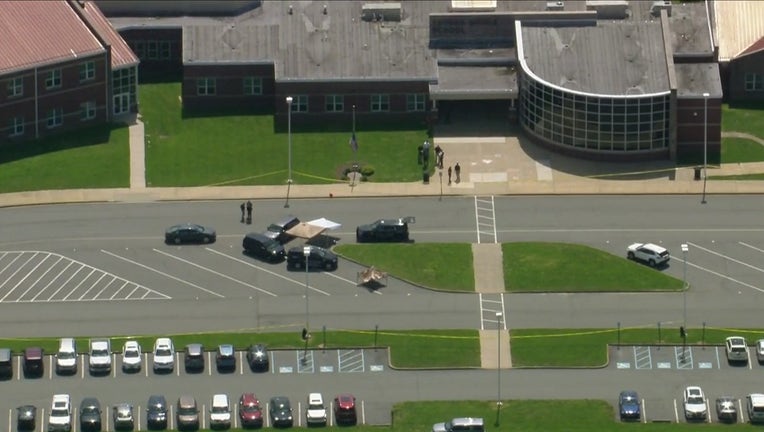 SMYRNA, Del. - Two women and a suspect are dead after the course of events in Smyrna that led to a  school lockdown as well a police chase.

The incident first began when police responded to Smyrna Middle School on the 700 block of Duck Creek Road around 10:15 a.m. Tuesday.

When a school resource officer arrived on the scene, she found a 38-year-old Stephanie Gill had been shot. The officer rendered aid and administered CPR until medics arrived and later pronounced the victim dead at the scene.

Officials learned that the victim had been involved in a verbal argument with 47-year-old Llewellyn Gill. The argument escalated in the school parking lot, and police say the man shot the victim. According to authorities, the two were husband and wife and had intended to pick up their daughter.

The suspect then fled the scene leading police on a chase that crossed state lines. Ultimately, the suspect crashed the vehicle and was later pronounced dead at the hospital later.

During the course of the investigation, troopers obtained information there could be a second victim who was an acquaintance of the earlier female victim.

Officers responded to the 800 block of McLane Gardens, Smyrna to check on the welfare of 21-year-old Deanna Dominick-Dalton.

Dave Schratwieser has the latest on the deadly shooting outside a middle school in Smyrna, Del. and the chase the suspect led police on, crashing into a tree in Maryland.

Officers found the second female victim inside of her residence with apparent gunshot wounds. Dominick-Dalton was pronounced deceased at the scene.

The names of the victims and suspect are being withheld until next of kin are notified.

An investigation remains ongoing as police work to determine the motive in the first apparent shooting.