Anthony Merriet, 55, was gunned down while working on a film about stopping gun violence back in March. Police have released new video of the suspect in his murder.

PHILADELPHIA - Philadelphia police have released surveillance video in the shooting death of a man who was working on a gun violence prevention film when he was killed earlier this year.

The shooting happened around 8 p.m. back on March 29, on the 1900 block of Page Street in North Philadelphia.

Officers responded to a report of a shooting and found 55-year-old Anthony Merriett laying on the sidewalk, next to the open passenger door of his work van.

Merriett had been shot multiple times throughout the body, including the head, chest, torso, and legs. He was rushed to Temple University Hospital where he later died.

Tuesday, Philadelphia police released surveillance video, showing the suspect milling about near Merriett’s work van as Merriett walks out of a nearby home and to the passenger side of his van.

The suspect then walks up around the back of the van, and multiple gunshots can be heard. Police say at least four shots were fired.

At the time of the incident, police had stated that Merriett was working for a production company, and he and the owner of the company were inside of a private residence interviewing individuals whose family members were victims of gun violence. 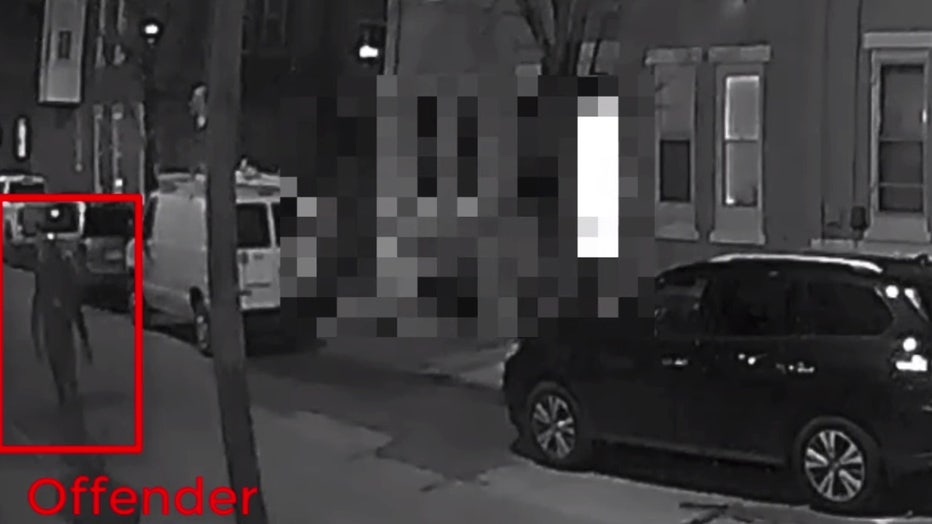 Police say he was working on a film about stopping gun violence, and had gone out to the van to retrieve additional equipment when he was shot.

Investigators have not released any information about a possible motive in the shooting.

A $20,000 reward is being offered for information leading to an arrest and conviction for every homicide.