A vigil was held in West Philadelphia Friday calling to end the gun violence.

WEST PHILADELPHIA - A vigil in West Philly was held Friday remembering victims of gun violence as part of the National Call to Action to End Gun Violence Day.

"I just left the gravesite today," said Cheryl Pedro holding a picture of her son Mario murdered on February 23, 2015.

"Mario died Monday, he was buried Thursday and his daughter was born Friday," she said. Cheryl hugs Sharon Hill whose younger brother Stephen was killed on August 29, 2011.

"He took care of his daughters. He missed their graduation and their proms. 10 years later nobody ever got caught," said Hill. Antoinette Lewis lost her son Steven Mosley on August 27, 2018. 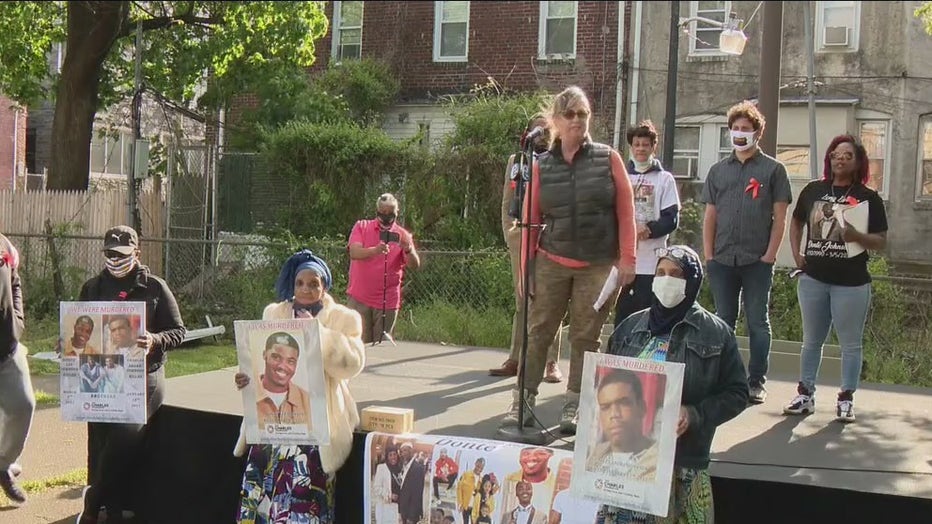 "The person has been captured but have we got justice yet? No," said Lewis. These women and other families came out to a park at North 52nd Street in West Philly this evening for a vigil. It’s part of a National Call to Action to End Gun Violence" happening in cities all over today at the same time.

This one sponsored by the Charles Foundation on the birthday of Dante' Johnson, one of their own who was shot to death while in California on March 5 of this year.

"It's a struggle for all of us," said Charlene Johnson. She spoke tearfully about her brother Dante who is the son of longtime gun violence activist and former State Representative Movita Johnson Harrell who also lost another son Charles to gun violence ten years ago.

"I shouldn't have lost both of my brothers," said Charlene.

Commissioner Danielle Outlaw spoke to the crowd with a message for people involved in gun violence.

"Your life matters, your future matters and you can change it right now. Put down the guns," said Commissioner Outlaw.