1. 14 shot, 6 killed as violence erupts over the weekend in Philadelphia 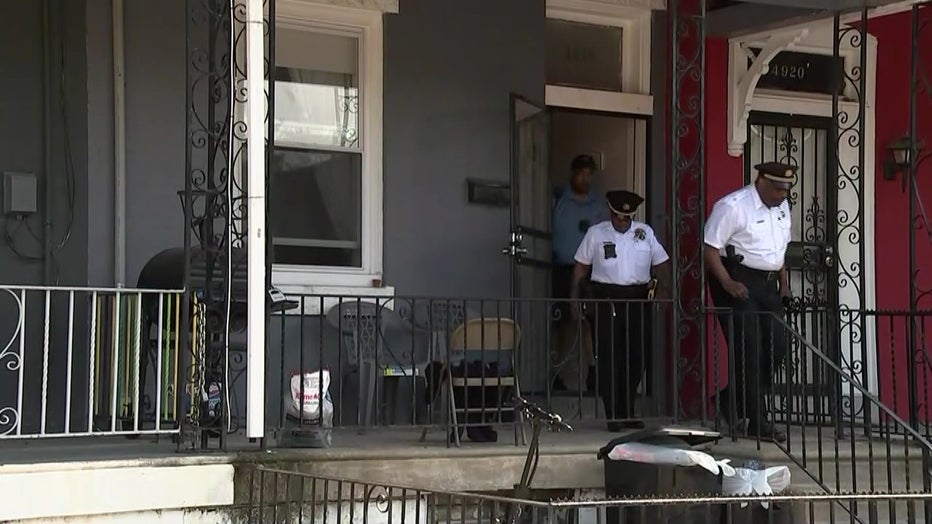 Philadelphia police investigate a fatal shooting inside a building on Aspen Street in Fairmount.

PHILADELPHIA - PHILADELPHIA - Another violent weekend across Philadelphia has already seen at least 11 separate shootings, some of them deadly.

Beginning late Saturday night and stretching into Sunday morning, police were busy, responding to dozens of calls of shots fired.

Late Sunday afternoon, police were called to the Fairmount section, on the 4900 block of Aspen Street, where a 29-year-old man was found with multiple gunshot wounds. He died at the scene. 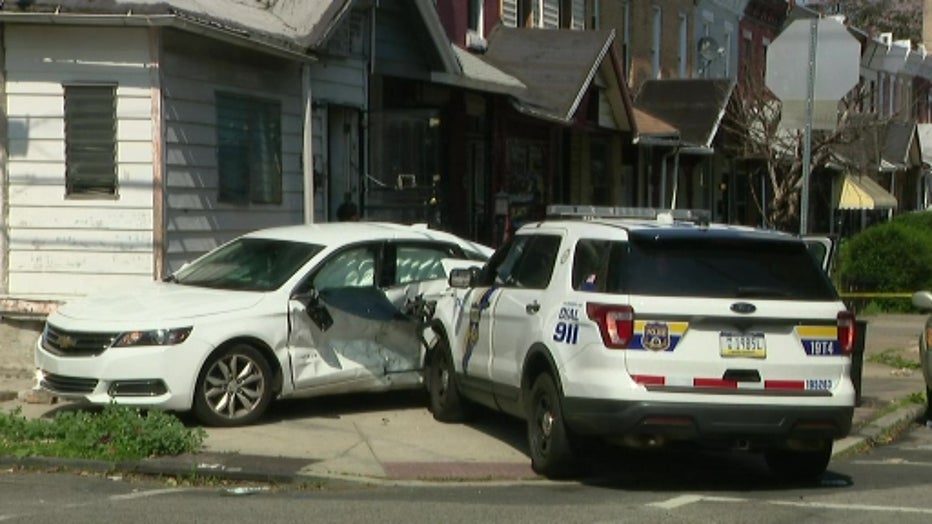 A reported armed carjacking Sunday morning led to a teenager struck by a vehicle and Philadelphia police-involved car accident in West Philadelphia.

According to authorities, police in West Philadelphia spotted a vehicle Sunday afternoon, around 2:15, at North 53rd and West Thompson Streets, that was involved in an armed carjacking Sunday morning.

Police say the vehicle then struck a 16-year-old male on a bicycle. Two men inside the vehicle got out and took off running.

One of the men inside the vehicle was taken into custody at 53rd and Thompson.

The second man continued running, with 19th District police officers in pursuit in their vehicle.

It was at this time, authorities say, police hit a private car at 53rd and Master.

The driver of the private vehicle, a man in his early 40s, was transported to Lankenau Medical Center by medics, to be treated for a hip injury. The officer driving the police cruiser that hit the private car was taken to Roxborough Memorial Hospital where he was to be treated and released.

The second man police were pursuing was caught and a weapon was found at 1400 North 52nd Street. 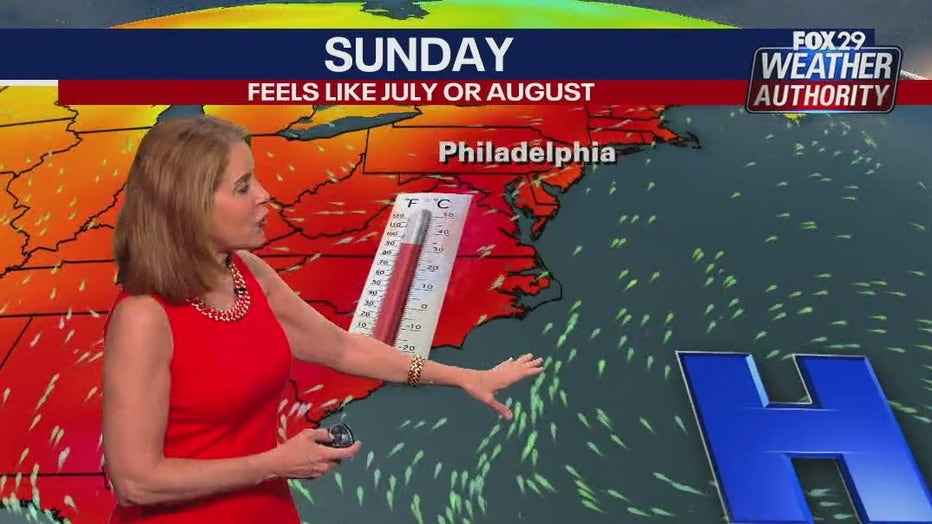 PHILADELPHIA - Storms rolled through the Delaware Valley this afternoon, bringing a cold front that will cool the area off. The National Weather Service issued a Severe Thunderstorm Watch until 9 p.m. for most of the region, with the exception of southern New Jersey. It is also issued for the Lehigh Valley and into the Poconos.

As the storms worked from west to east, some areas in the Delaware Valley saw hail.

While humidity is relatively high, temperatures across the region have dropped to a rain-cooled mid to lower 70s range.

4. SEPTA Police ask for help identifying women in connection with assault and robbery on train 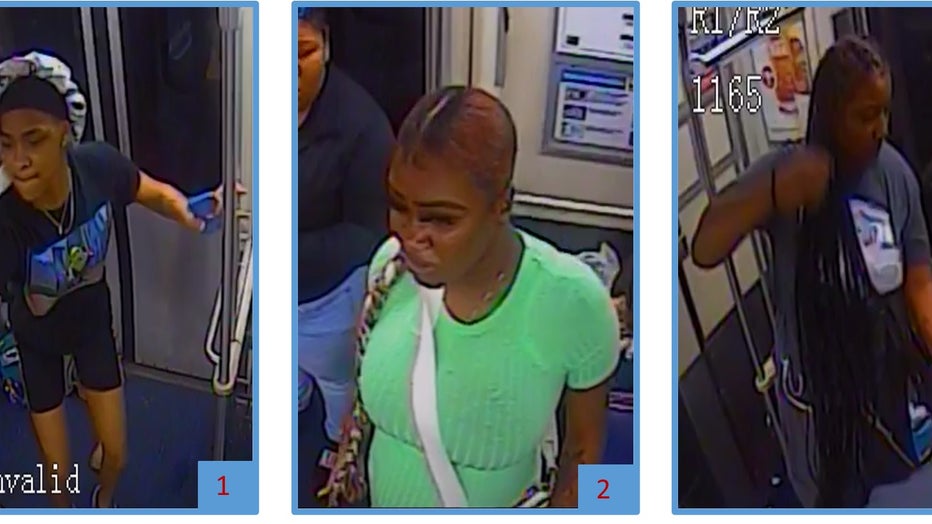 SEPTA Police ask for help identifying the women in the surveillance photo.

CENTER CITY - SEPTA Police are investigating an assault and robbery of a female rider on the Market-Frankford line and are asking the public’s help in identifying the women they say are involved.

Officials say the assault and robbery took place around 12:30 in the morning, Sunday, on the westbound train, at the 15th Street Station.

The woman was said to have approached the victim and started to harass her. Authorities say the victim tried to get off the train, but was confronted by the two other women.

Officials say a fight then took place and the victim was punched, sprayed with mace and had her phone stolen.

She was taken to Jefferson University Hospital and was treated for non-life threatening injuries.

5. The World Walk: NJ man walks home after walking around the world with his dog 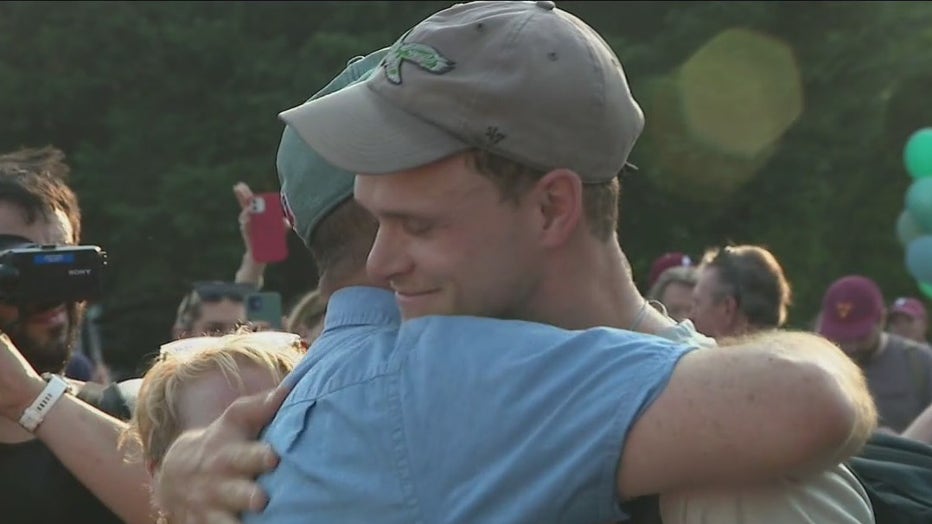 Tom Turcich hugs his dad while his mom looks on after arriving home from his seven-year journey.

HADDON TOWNSHIP, N.J. - While walking across the Ben Franklin Bridge in 90 degree weather isn’t something most people would want to do, it was light work for Tom Turcich, after all he’s been through. On Saturday his World Walk came to an end where it all started, and what a journey it has been. Turcich traveled 18,000 miles across 33 countries over the last seven years.

He didn’t have much with him for the trip, but he brings home wisdom that he’s collected around the world and a central ideology he picked up everywhere he went.

With his tent and his dog Savannah, he’s experienced how people all over the world live. Through the elements, they persevered. Thousands of people helped, walked and shared with him along the way.

"The end is very surreal because it’s something I’ve thought about happening for so long," he said.