Wells Fargo Center getting ready to welcome back fans Sunday

We're getting our first look inside the nearly renovated Wells Fargo Center ahead of fans returning Sunday.

SOUTH PHILADELPHIA - We're getting our first look inside the nearly renovated Wells Fargo Center ahead of fans returning Sunday.

A couple of miles from the Wells Fargo Center, Gritty and a Flyers banner hang at the newsstand.

"It’s a start we waited a long time for this to happen and everybody looking forward to it the 76ers and the Flyers," Dan Kearney said.

It’s sweet news that the Wells Fargo Center is about to throw open its doors on Sunday for the first Flyers game with fans in almost a year. At 15% capacity under COVID safety rules that is about 3,100 people in the arena.

"3,100 is definitely better than zero. You get all the people back to work, the part-time Wells Fargo employees back to work, and get the economy back moving," Tony Luke's employee Joanne Payne said. 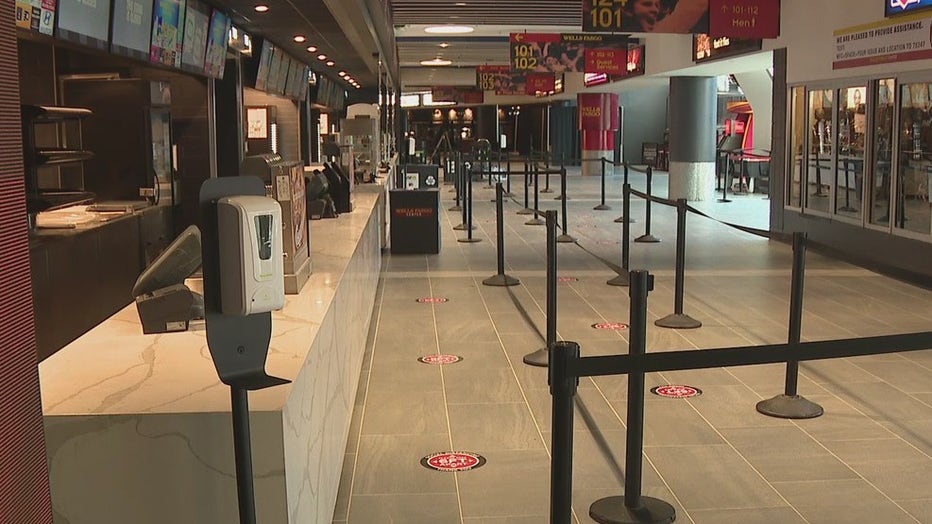 It’s been months of preparation and millions of dollars in safety remediation measures to reopen the arena for fans to watch live-action play.

"We’ve worked with not only health officials but also other teams who have implemented the best practices from buildings that have already opened and we’re extremely confident at the end of the day we’re choosing the right things for them," Mike Shane, chief business officer for the Philadelphia Flyers and Wells Fargo Center, said.

Adaptation is the name of the game as we move through the pandemic in the arena like so many other venues, six feet markers on the floor, paper tickets are so yesterday, and you need your phone to order food, drink, or merchandise.

"We put technology to use for ticketless entry, applications for food paying by phone not waiting in line, Phil Law, president of the Wells Fargo Center, said.

For now, for limited capacity and safely spaced seating for fans, it wasn’t a simple task.