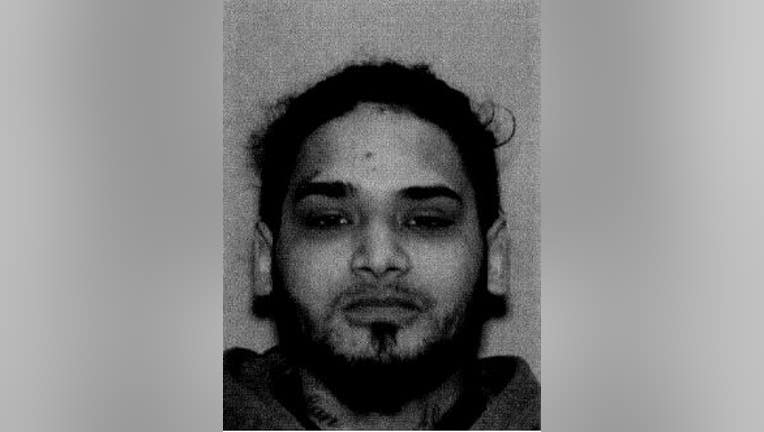 BETHLEHEM, Pa. - The Bethlehem Police Department have arrested a man wanted in connection to the kidnapping of a woman early Tuesday morning.

Bethlehem police responded to multiple 911 calls at approximately 7:19 a.m. reporting that a man had grabbed a woman and pulled her into a vehicle on the 3400 block of Commerce Center Boulevard.

During the investigation, police spoke with witnesses and learned that Ruben Carrion Melendez, 27, drove the victim, a 25-year-old woman, off the road in his 2012 two-door black Honda Civic with license plate KXN4309.

Carrion then opened the victim’s driver side door of her white Nissan, forced her over to the passenger seat, and intentionally crashed her vehicle into a pole. Carrion then got back into his car, approached the victim and grabbed her hair to pull her into his vehicle.

At 9:15 a.m., Bethlehem police were contacted by the Port Authority Police, who had located both the defendant and the victim inside the black Honda civic near the Holland Tunnel in New York.

The victim was taken to a local hospital to be evaluated for her injuries.

Carrion will face kidnapping and other related charges including Unlawful Restraint, Terroristic Threats, Recklessly Endangering Another Person, and Simple Assault, according to authorities.

"Thanks to the excellent work by the Bethlehem Police Department and the Port Authority Police, we were able to quickly find the defendant and get the victim to safety," District Attorney Houck said. "I also want to thank the members of the media for getting this information out to the pubic, so a swift apprehension could be made. We are now working to bring the defendant back to Pennsylvania to face these serious charges."