Yardley Borough Chief Joseph Kelly was released from the hospital Thursday after sustaining two gunshot wounds at a condo complex, which led to an hours-long standoff.

YARDLEY, Pa. - Yardley Borough's police chief has been released from the hospital after he was shot twice at a condo complex on Wednesday.

Chief Joseph Kelly was assisting a probation officer at the Yardley Commons on South Main Street when he was shot in the ear and hand, according to Weintraub.

According to police, the suspect’s mother was safely removed from the condo while a shelter-in-place order for the surrounding area took effect.  Police escorted young children and babies to safety after they were evacuated from Yardley Kids Academy.

Police tell FOX 29 the suspect's mom handed a shotgun over to investigators when they got her out of the condo safely.

Chief Kelly was taken to St. Mary Medical Center in nearby Langhorne for treatment.

"I've already had an opportunity to see him, to meet with him, to speak to him," Weintraub said  Wednesday while surrounded by Cheif Kelly's family. "He is conscious, he is doing very well."

FOX 29 cameras were rolling as SWAT team officers used explosives to enter the barricaded gunman’s home. Weintraub confirmed in an afternoon briefing that 24-year-old Colin Petroziello was taken into custody after the hours-long standoff.

"The police selflessly serve and protect without regard for their own public safety every damn day,"  Weintraub said.

Petroziello faces a long list of charges, including attempted murder of a law enforcement officer. He is being held without bail. 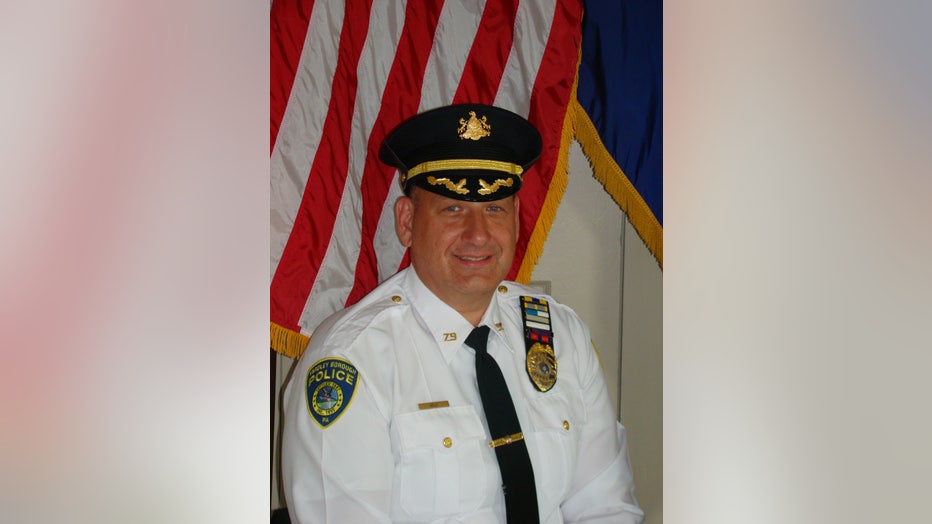