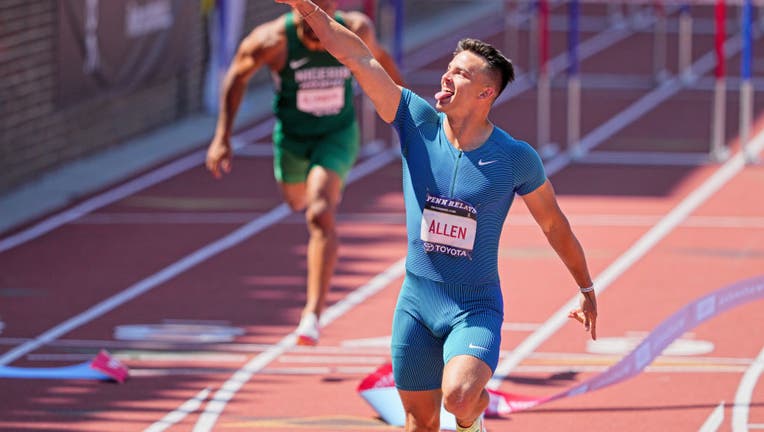 PHILADELPHIA - Devon Allen is no stranger to soaring in the most intense sporting competitions in the world and he will bring that experience to Philadelphia after being signed as a wide receiver for the Eagles in April.

At the Penn Relays, Allen, who was on Team USA at the 2016 and 2020 Olympics, set a new record in the Olympic Development Men's 110m Hurdles Elite.

Newly signed Eagles wide receiver, Devon Allen, joins Alex and Mike to talk about his transition from track to football and his welcome into Philly.

Despite success in track, Allen says football was his first love.

"I started playing when I was five years old," he said. "I started running track maybe six or seven years after that, but I do love track and field as well and I do well at it."

Allen's goal is to do both track and field and professional football this year, but then he wants to pivot and focus solely on developing his NFL career, until the 2024 Olympic Games.

He plans to compete in the World Athletics Championships in Oregon in July and then start training with the Eagles after that.

The former University of Oregon athlete played football and ran track during his time at the institution.

Allen says he was signed by the Eagles just a few days after he announced he was going back to football.

With his extreme speed at his disposal, he plans to make that his specialty to help the Eagles.