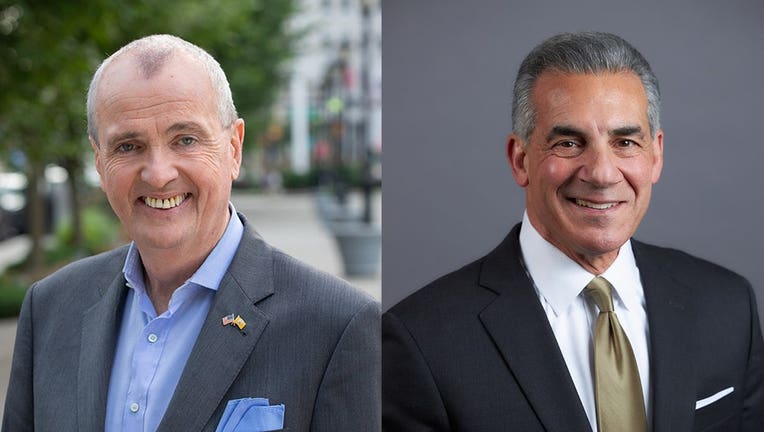 TRENTON, N.J. - New Jersey Republican Jack Ciattarelli’s campaign denied Monday that there was fraud in this year's governor's election but his campaign's attorney said the margin could shrink enough to warrant a recount.

The statement from Ciattarelli's campaign comes after the Associated Press declared Democratic Gov. Phil Murphy the winner last week. Murphy's lead has grown from less than a percentage point last week to about 2.6 points on Monday, as votes continue to be counted. The difference amounts to more than 65,000 votes.

"Let me be clear, no one on this team is alleging fraud or malfeasance, as we have not seen any credible evidence of that," said Ciattarelli's legal counsel Mark Sheridan in a statement.

But Sheridan added that this year's new election law, which in part allowed early in-person voting for the first time, is also contributing to what he called "excruciatingly slow vote counting."

The campaign estimates that there are about 70,000 provisional ballots — which only count after officials determine that the voter has not already cast another ballot — left to count, along with an unknown number of mail-in ballots.

"At this time, we do not expect the provisional vote count to end with Jack Ciattarelli in the lead. However, that count may reduce the margin for Governor Murphy enough to warrant a full recount," Sheridan said.

Each of New Jersey’s 21 counties are conducting their own count of any mail-in and provisional ballots left to be counted. The state Board of Canvassers doesn’t meet until Dec. 2 to certify the results.

Ciattarelli is a former Assembly member who campaigned on a mix of traditional issues, like lowering the state's high property taxes, as well as against COVID-19 mandates.

Murphy became that first Democrat to win reelection as governor in 44 years. He focused principally on the progressive agenda he delivered in his first term, including higher taxes on the wealthy and a boosted minimum wage, among other programs.

On Monday, Murphy called on Ciattarelli to concede, saying the race was run fairly and transparently. He said every vote would be counted.

"But when it’s mathematically impossible to win, I think it’s dangerous. I think it’s bigger than winning or losing. It sort of gets to the question of what it is to be an American and respect for the institutions that we count on as a society, including democracy. This is what America is all about," he said.

Under state law, there is no automatic recount and the party seeking one must file a suit in state Superior Court in each county where they want to request a recount.

Ciattarelli said last week that it was too early to concede the election or declare victory. He also urged supporters not to believe unfounded conspiracies and said the result — no matter the outcome — would be fair.

Murphy's victory was a bright spot for Democrats nationally, though the party lost the Virginia governor's race even after President Joe Biden carried the state by double digits in last year's election against Donald Trump.

Despite Murphy's win, Republicans had an unexpected and important victory in the Legislature, defeating Senate President Steve Sweeney and stunning officials across the state.