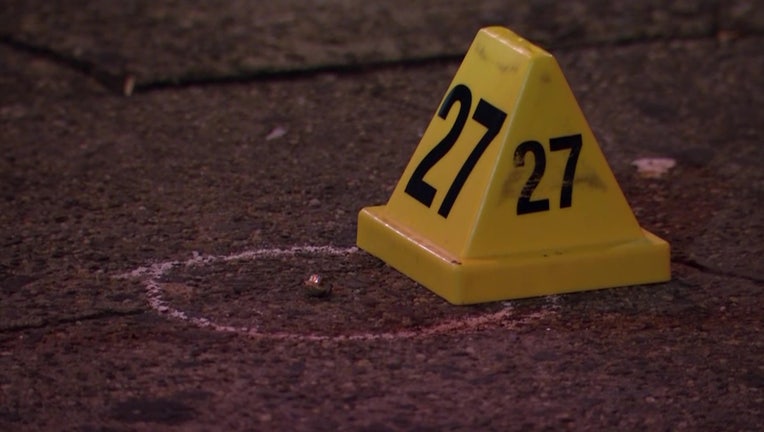 Police say one man is dead and five others are injured following overnight shootings in Philadelphia.

PHILADELPHIA - A violent night in Philadelphia left one man dead and at least five others injured, including a 15-year-old boy who police say was grazed in the face by gunfire.

The spate of shootings comes as Philadelphia closes in on 400 homicides since the start of 2021, a 17% rise in deadly crime since last year.

Officer from the Philadelphia Police Department were called to the 3000 block of Kensington Avenue early Saturday morning after a shooting erupted inside a Quick Stop convenience store.

Police say the a 30-year-old man was shot multiple times in the hip and leg and died at Temple Hospital just before 2:30 a.m.

Elsewhere in the city overnight Friday, police drove a pair of 24-year-old men to the hospital after they were shot multiple times on a street corner in Overbrook.

A 30-year-old man is dead after a gun battle inside of a Kensington 24-hour convenience store.

Police did not announce any arrests immediately following the shooting, but officers reported finding a gun on one of the shooting victims.

Authorities said two men who were shot at different times of the night showed up to nearby hospitals for treatment. One of the victims, a 49-year-old man, used SEPTA transportation to travel to the UPenn Hospital after he was shot in the hand and leg in West Philadelphia.

A 15-year-old was driven to Methodist Hospital after police say he was grazed in the face by gunfire in South Philadelphia.

The cluster of overnight violence comes on the heels of a particularly bloody weekend in Philadelphia, including one night where three people were killed and a deadly sextuple shooting in Fern Rock.