Police say four men were injured when gunfire erupted from inside a passing car Thursday morning in Mantua. Two of the men, ages 32 and 44, were hit several times but they are expected to survive.

PHILADELPHIA - Three people were killed and five people were hurt as the gun violence continues to surge in Philadelphia.

The first shooting reported Thursday injured four people on the same block as a deadly double shooting the night before in the city's Mantua neighborhood.

All four men were taken to Penn Presbyterian Medical Center and were placed in stable condition, according to police.

Gun violence continued on Thursday night when police say a man who may have been a Lyft driver was shot to death inside his vehicle in Nicetown-Tioga. 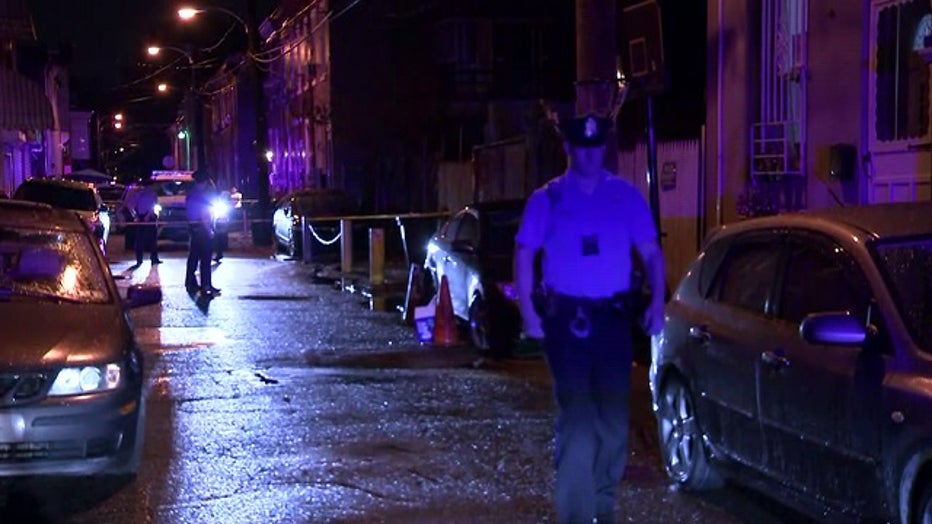 Police were called to a double shooting in North Philadelphia Thursday night.

Police said Terrell Harris, 29, was shot multiple times inside a silver Toyota Camry on the 3500 block of North 21st Street. He was brought to Temple Hospital where he died just after 8 p.m.

Around the same time, officers in North Philadelphia say a man was gunned down in front of his home during a deadly double shooting. According to investigators 31-year-old Efrain Miguel Sanchez and a 53-year-old man were shot on the 2800 block of North Orkney Street.

Both men were brought to Temple University Hospital where Sanchez was pronounced dead.

Later in the night, police were called to the 5600 block of Osage Avenue where investigators say 46-year-old Phillip Wise was fatally shot in the head just before 9 p.m.

No arrests have been reported in connection to any of Thursday's shootings. The latest data from the Philadelphia Police Department shows the city is inching closer to 400 murders in 2021, an increase of 18% from last year.