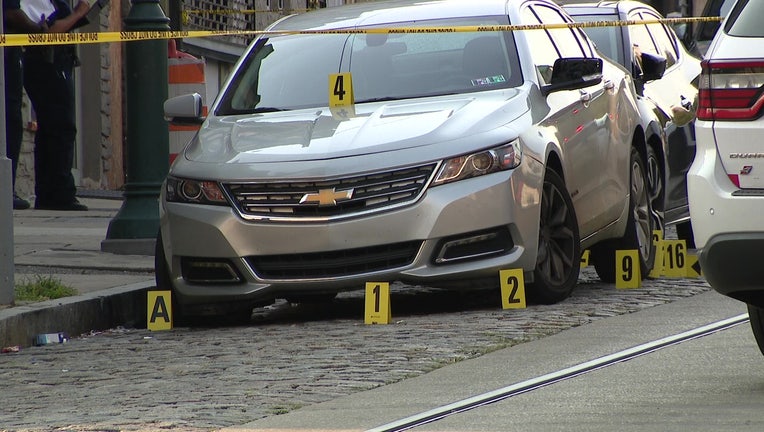 One man is dead and two others are hurt following a triple shooting Sunday afternoon in Germantown.

GERMANTOWN - A man is dead and two others are injured following a triple shooting Sunday afternoon in Germantown, according to police.

Investigators say gunfire erupted on the 5000 block of Germantown Avenue around 3 p.m.

Two 24-year-old men and a 25-year-old man were driven to Temple University Hospital by a private vehicle, according to police.

One of the men who was shot twice in the head died at the hospital, police said. He was later identified as Hanith Peay.

Two other victims suffered gunshot wounds to the lower body and are expected to survive.

The suspects were identified as three unknown men wearing dark clothing and black face masks armed with handguns. Two of the offenders wore blue surgical gloves. The men fled in a 2013 Ford Explorer XLT – black in color with heavy tinted windows including the front windshield.