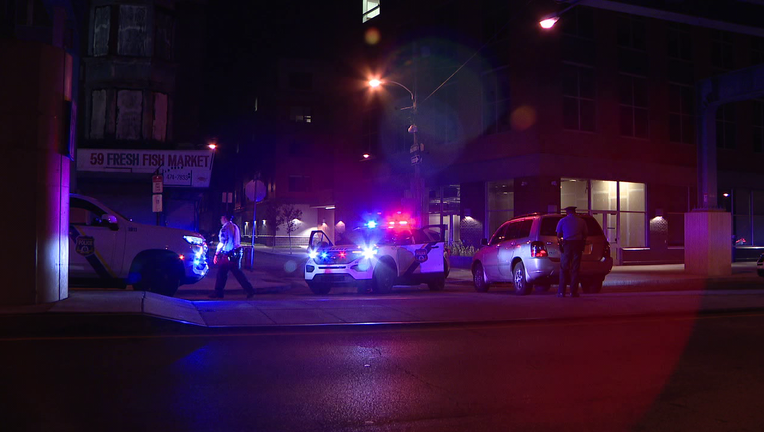 Police investigate after a 45-year-old man is shot to death on Market Street in West Philadelphia.

PHILADELPHIA - Two men are dead and a 30-year-old woman was injured after another night of gunfire erupted across Philadelphia.

Officials said an unidentified man and a 30-year-old woman were struck by bullets on the 2700 block of Ruth Street, in Kensington, around 12:15 early Sunday morning.

Both victims were taken to Temple University Hospital. The woman, shot once in the hip, was listed as stable. The man did not survive his injuries and was pronounced dead at the hospital.

Authorities said a 45-year-old man was shot multiple times on the 5900 block of Market Street. 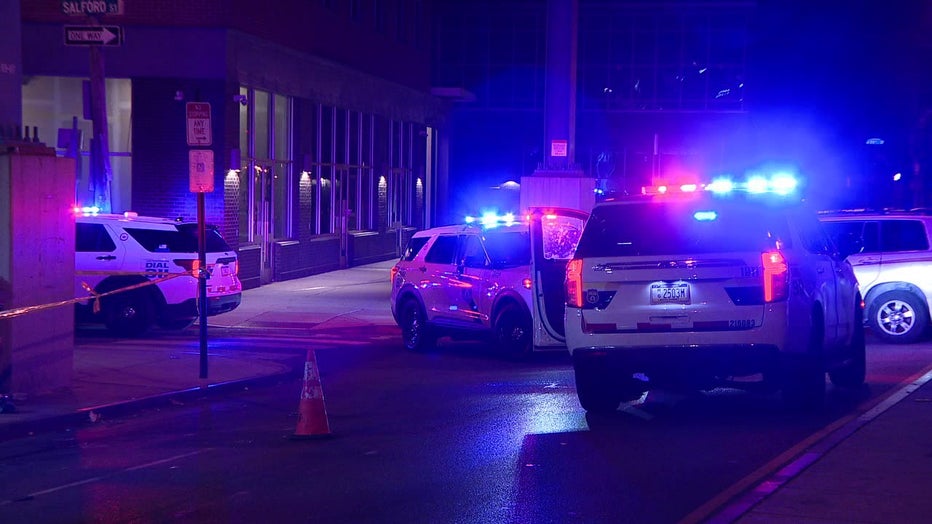 He was rushed to Penn Presbyterian Medical Center by police, but died at the hospital.

Both crime scenes are under investigation, according to police.