According to officials, police were called to the area near Chestnut Street and Columbus Boulevard, at the riverfront, Saturday, just after 9:30 p.m. on reports of multiple gunshots.

Two of the teens were taken by responding officers to an area hospital, while a third teen was taken to a hospital by a medic unit.

Two of the teens are in critical, but stable condition, while the third is listed as stable.

Police believe the shooter may have targeted the teens. 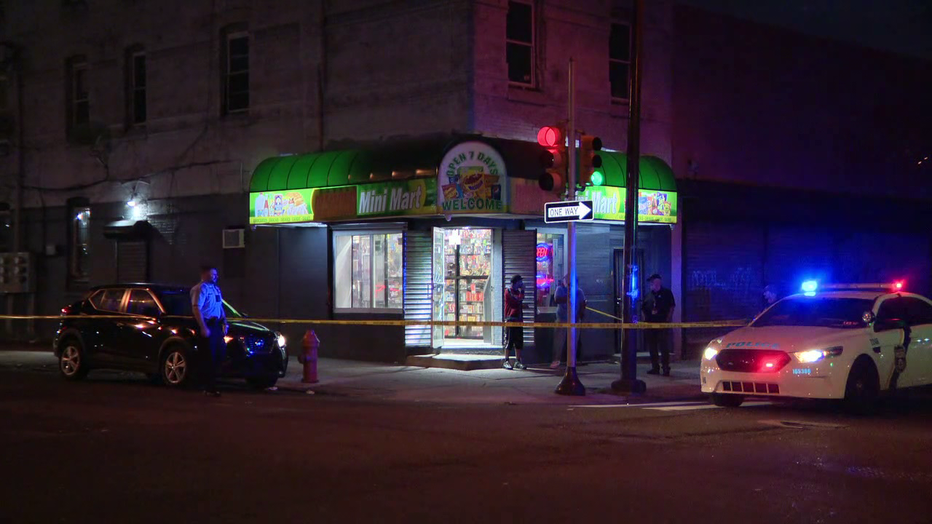 PHILADELPHIA - An attempted robbery turned deadly Sunday morning when police say the suspect was shot by his victim.

The shooting took place outside a mini mart at 22nd and Edgley streets around 4 a.m.

Police say the 29-year-old man was allegedly trying to rob someone when the person shot him.

He was transported to Temple University Hospital where he was pronounced dead.

Police are still looking for the shooter.

Another taste of summer today as temperatures reach a high of 92.

PHILADELPHIA - Another taste of summer Sunday as the heat sticks around for one more day.

A sizzling forecast brings a high of 92 degrees with heat and high humidity making it feel more like 100 degrees.

Saturday's heat advisory has been extended until 6 p.m. Sunday as the Delaware Valley experience July and August a little early this year.

Storms are possible this afternoon, bringing a cold front that will bust the heat for the rest of the week.

Temperatures drop back down to the 70s to start next week, until a bit of heat comes back Thursday.

A man is in custody after police say he fired multiple rounds from an AK-47 and shotgun, which hit a nearby house.

BUCKS COUNTY, Pa. - A man has been arrested after police say he fired several shots from his home in Bucks County early Saturday morning.

Police responded to reports of an active shooter on the 2000 block of Dunksferry Road in Bensalem Township around 4:18 a.m.

Nearby residents were evacuated after a home across the street was struck by bullets. Officers were also forced to take cover after shots were reportedly fired in their direction.

Police say a SWAT team was called in response to shots fired,

SWAT safely evacuated the man's family from the basement before making contact with the suspect shooter, who was identified as 52-year-old Jeffrey Weikel.

Police say Weikel exited his home unarmed, and was taken into custody.

It was later determined that he fired several rounds from an AK-47 assault rifle and shotgun, according to police.

Weikel will be charged with aggravated assault, discharge of a firearm into an occupied structure and other related charges.

No one was injured during the shooting.

5. Officials: 3 juveniles hospitalized after they are caught in Ocean City rip current

Ocean City first responders pulled three juveniles from a rip current and were hospitalied. One of them was breathing, but unresponsive.

Officials said the call came about noon for swimmers in trouble off 10th Street in Ocean City.

According to authorities, personnel then spotted a shirt in the water. It was then they spotted a third swimmer submerged. They pulled that person, a 12-year-old boy from Mays Landing, and began multiple rounds of CPR.

Officials said he was then taken to Shore Medical Center, where he was breathing, but unresponsive. From there, he was then transported to Cooper University Hospital Trauma Center. There was no additional word on the boy’s condition.

The first two swimmers rescued, said to be juveniles from Hammonton, were transported to Shore Medical Center as a precautionary measure. Two other additional swimmers got out of the water unaided.

Officials said the ocean temperature was 55 degrees and there was no surf.