A man is in custody after police say he fired multiple rounds from an AK-47 and shotgun, which hit a nearby house.

BUCKS COUNTY, Pa. - A man has been arrested after police say he fired several shots from his home in Bucks County early Saturday morning.

Police responded to reports of an active shooter on the 2000 block of Dunksferry Road in Bensalem Township around 4:18 a.m.

Nearby residents were evacuated after a home across the street was struck by bullets. Officers were also forced to take cover after shots were reportedly fired in their direction. 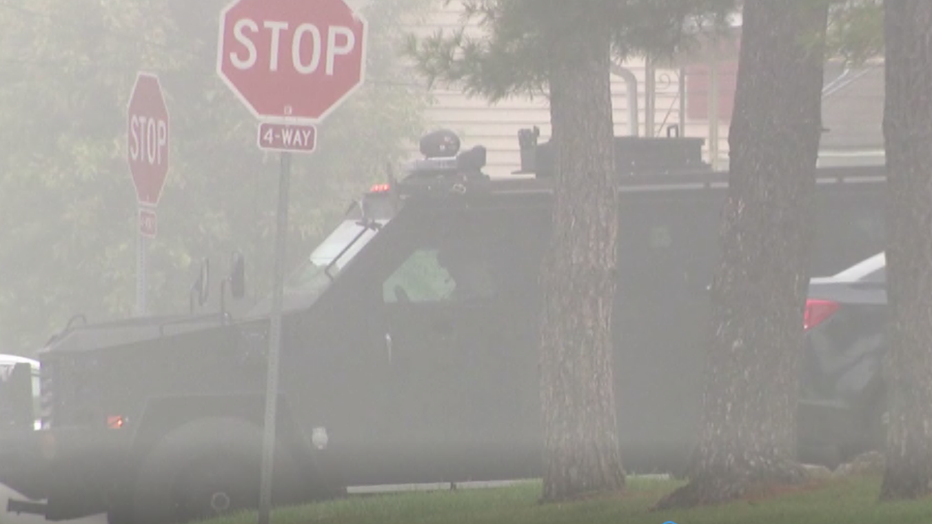 Police say a SWAT team was called in response to shots fired,

SWAT safely evacuated the man's family from the basement before making contact with the suspect shooter, who was identified as 52-year-old Jeffrey Weikel.

Police say Weikel exited his home unarmed, and was taken into custody.

It was later determined that he fired several rounds from an AK-47 assault rifle and shotgun, according to police.

Weikel will be charged with aggravated assault, discharge of a firearm into an occupied structure and other related charges.

No one was injured during the shooting.