The team was on their way home when their bus was pulled over in Liberty County for an alleged minor traffic violation.

In a YouTube video posted by a member of the team, two deputies are seen onboard telling the team they would be searching their luggage.

"If there is something in there that is questionable, please tell me now because if we find it, guess what? We’re not gonna be able to help you," one deputy said. "Marijuana is still illegal in the state of Georgia."

Luggage and belongings of all the student-athletes were searched by police and drug-sniffing dogs, according to a letter from the university's president.

The search sparked allegations of racial profiling, which the sheriff's department denied.

In a statement Tuesday, Georgia Sheriff William Bowman said, "We realize that this current environment, even a traffic stop can be alarming to citizens, especially African Americans."

Video released Wednesday appears to contradict the sheriff's comment that no personal belongings were searched. Deputies can be seen rifling through players' backpacks and bags, even unwrapping gifts from relatives. 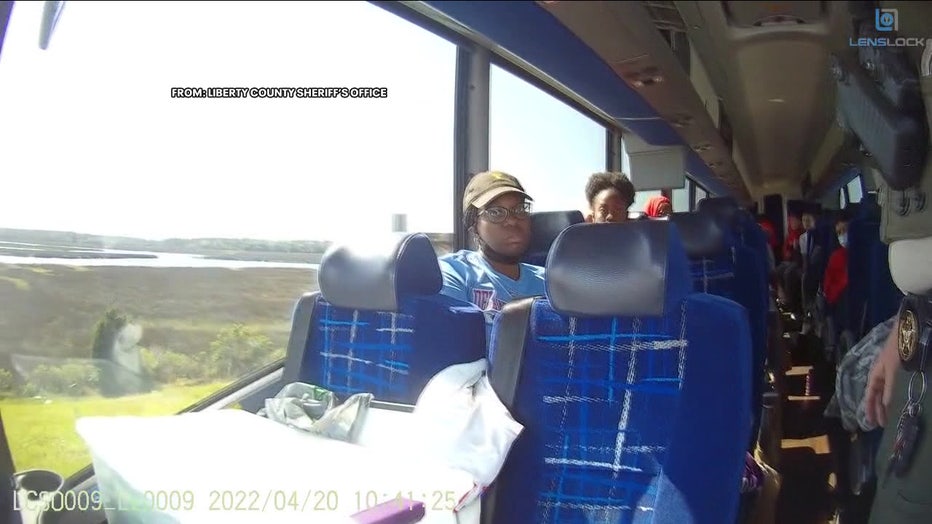 A team member says their luggage and belongings were searched during the traffic stop.

The sheriff later updated his statement saying, "My comment about personal belongings not being searched referred to the people on the bus and their items with them inside of the vehicle."

The 21-minute video also revealed comments made by the deputies inside his squad car.

"It's a bunch of dang school girls on the bus, probably a bunch," he said speaking to other officers.

Moments later he returned to the bus with another deputy and K-9 pice dog, telling the team, "Ladies, we don't single anybody out." 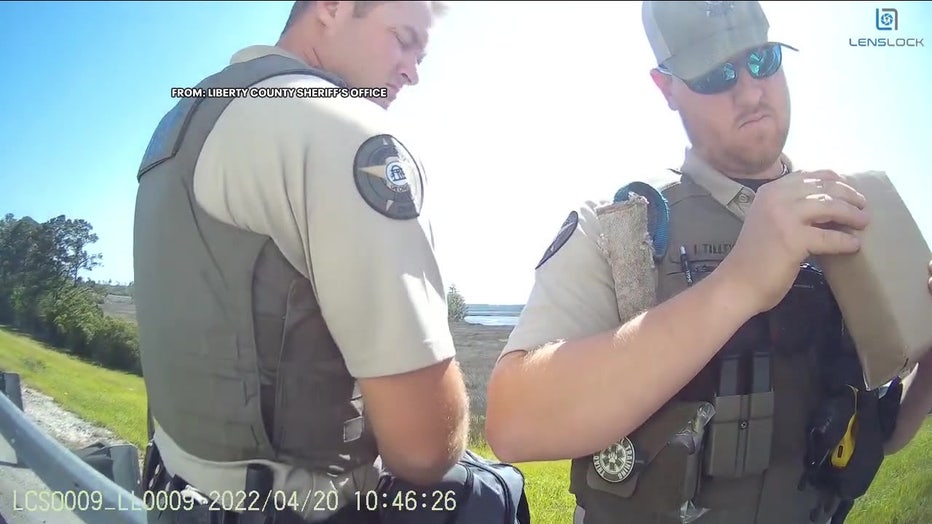 The Georgia sheriff continues to deny any racial profiling based on probable cause.

"The probable cause was the open-air alert," he said. "The K9 was already on the scene and used only because of the type of detail being conducted that day. When there was an alert, there was probable cause to conduct the search."

Delaware State University president Tony Allen says the deputies were trying to "intimidate" the players into confessing to possessing drugs.

"To be clear, nothing illegal was discovered in this search, and all of our coaches and student-athletes comported themselves with dignity throughout a trying and humiliating process," Allen said.

The team's coach, Pamela Jenkins, says smoking weed is the last thing on the mind of any Division One team on a tournament trip, so the drug search did not make any sense to her.