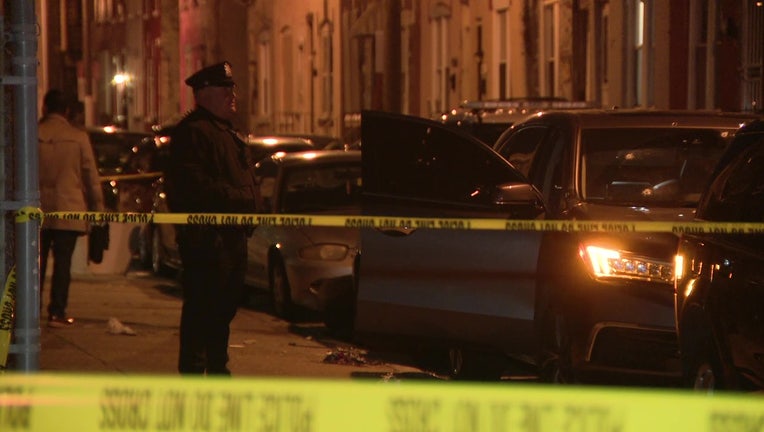 PHILADELPHIA - A 13-year-old boy has died days after police say he was shot while sitting in a parked car in West Philadelphia.

Officers responded to the 4900 block of Hoopes Street around 8:30 p.m. Monday for a report of a shooting.

Responding officers found the teenage victim suffering from gunshot wounds to the head, chest, and arms. He was rushed to a nearby hospital by a responding police officer and placed in critical condition.

Police have confirmed to FOX 29 that the victim succumbed to his injuries in the hospital Wednesday night.

Gun violence in Philadelphia continues to impact everyone, including the city's young people as two teens were shot Monday.

Philadelphia Police Captain John Walker told reporters on the night of the shooting that the teen was sitting in the passenger seat of a parked car when someone walked up and fired into the car more than a dozen times.

No arrests have been made in the incident, and the victim has not yet been identified by police.

The incident was the second shooting on Monday that claimed the life of a teenage boy. Hours before,  a 15-year-old was shot and killed while walking home from school in North Philadelphia.