The 6-year-old girl was hit three times, including once in the chest, and required advanced medical treatment at the hospital, according to police.

CHESTER, Pa. - Police say a 6-year-old girl was hit three times by stray gunfire when a shooting erupted outside of a grocery store in Chester.

Officers from the City of Chester Police Department responded to the Chester Stop & Save on the 1500 block of West 9th Street around 9 p.m. Thursday for reports of a shooting.

An eyewitness told FOX 29’s Jeff Cole a man leaving the market was met with gunfire by an assailant waiting for him in the parking lot. He returned fire.

The child was hit three times while sitting in a car, including once in the chest, and required advanced medical treatment at the hospital, according to police. She was transported to Children's Hospital of Philadelphia where police say she is in good condition.

Police say several nearby homes and parked cars were struck by gunfire, and spent shell casings scattered the ground. 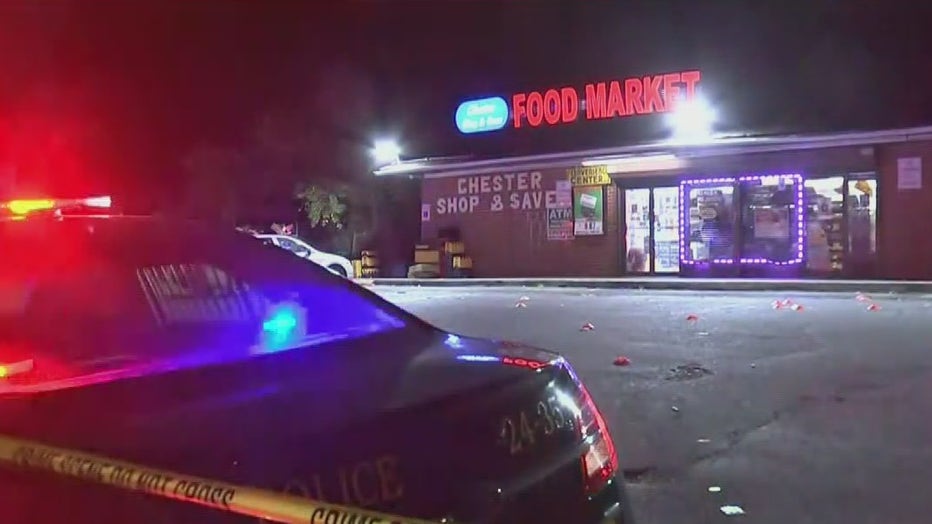 Police did not announce any arrests immediately following the shooting. The City of Chester Police Department urged anyone with information to contact detectives at 610-447-8429 or 610-447-8431.

Police say the girl was taken to the Children's Hospital of Philadelphia after she was shot in Chester.