Philadelphia police are investigating a number of shootings that occurred overnight and into Friday morning. They say at least 10 people were shot and three of those victims have died. Three children under the age of 18 were hurt in various incidents.

PHILADELPHIA - Nighttime gun violence in Philadelphia claimed the lives of at least three people and left several others wounded, including four people 18-years-old or younger.

The spate of overnight shootings began just after 7:30 p.m. on the 2000 block of North 20th Street where police say a 15-year-old was shot multiple times in the torso and legs.

Officers drove the young teen to Temple Hospital where he was placed in critical condition, according to police.

Minutes later, officers in North Philadelphia were called to a triple shooting on the 1500 block of West Lehigh Avenue where an 18-year-old man was killed and a 12-year-old girl suffered non-fatal gunshot wounds to the chest and arms. The 18-year-old victim has since been identified by police as Nahzeem Wideman.

Officers also drove a 31-year-old man to the hospital for treatment of a graze wound, according to police.

Authorities in Southwest Philadelphia said an 11-year-old boy was driven to the hospital after he was shot at least three times during a double shooting.

According to investigators, the boy and a 46-year-old man were hit by gunfire on the 5700 block of Elmwood Street just before 9 p.m. The child was driven by a private vehicle to Children's Hospital of Philadelphia with gunshot wounds to the arm, leg, and ribs, according to police. 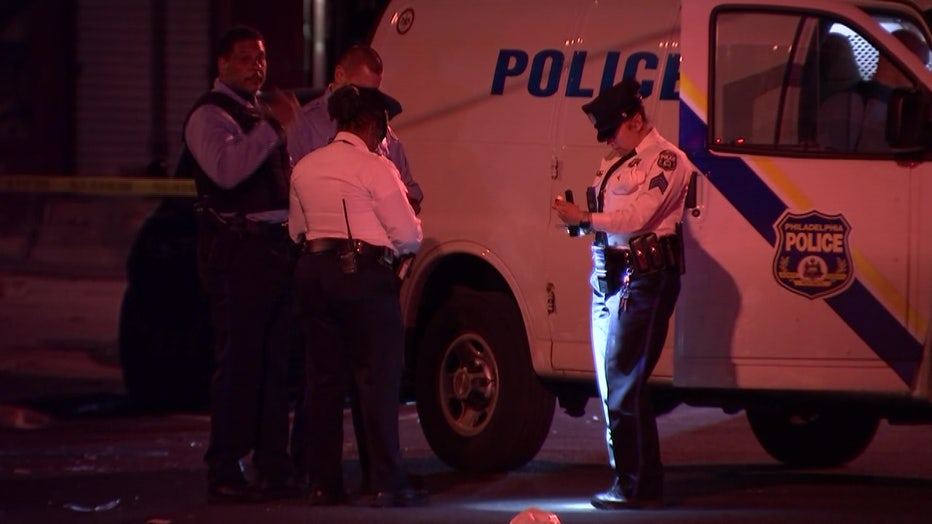 An 18-year-old is dead and a 12-year-old is wounded following a triple shooting Thursday night in North Philadelphia.

Both victims are expected to survive.

In nearby Kingsessing, police say a 40-year-old man was fatally shot in the face and neck near the intersection of 58th and Trinity streets. The victim was taken to the hospital by police but later died.

Investigators in West Philadelphia said a 53-year-old man, who was also taken to the hospital by police, died from a gunshot wound to the upper body. According to police, the deadly shooting happened on the 5600 block of Walton Avenue just before 10 p.m.

Police say the victim, who was in a wheelchair, was not believed to have been the intended target. Two men opened fire on each other nearby, and he appeared to have been caught in the crossfire, investigators tell FOX 29. 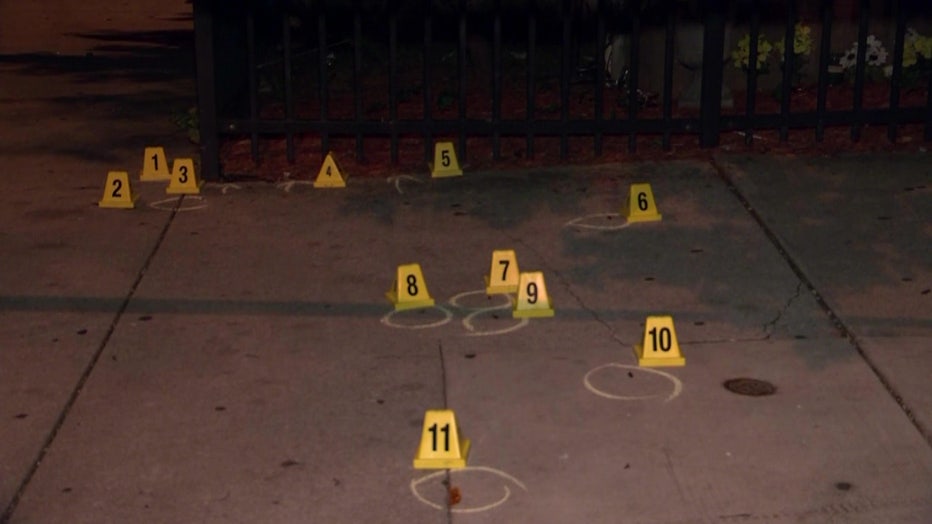 A 15-year-old boy is in critical condition after being shot Thursday night in North Philadelphia.

Shortly before 2 a.m. Friday morning, police say a 46-year-old man was shot twice in the lower body in Fairhill. The incident, which occurred on the 500 block of West Somerset Street, is believed to have been the result of a parking dispute, according to investigators. The victim was listed in stable condition at Temple University Hospital.

No arrests were reported immediately following the shootings. Investigators did not provide a motive for the senseless gun violence or details about what lead up to the shooting.

Philadelphia began the week by surpassing 400 homicides so far in 2021. As of 11:59 p.m. Thursday, the Philadelphia Police Department is reporting 412 homicides in the city this year, an 18% rise from the same date last year.