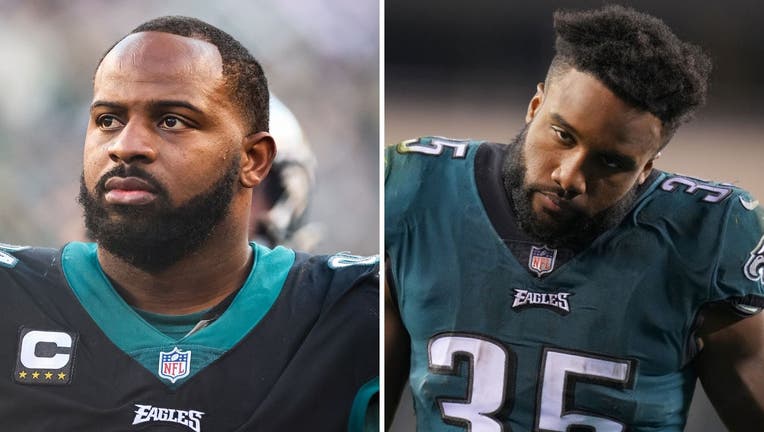 This announcement comes days after Cox was released by the team before he would have been guaranteed $18 million.

The new contract is for one year and $14 million, according to NFL Network Insider Ian Rapoport.

Cox, 31, was drafted 12th overall by the Eagles in the 2012 draft from Mississippi State University. In 10 season with Philadelphia, Cox has become a stalwart on the defensive line, earning six Pro Bowl nods and a 2018 First Team All Pro.

Scott, 26, was drafted 201st overall in 208 and was later signed by the Eagles from the Saints' practice squad.He tied the Eagles record for rushing touchdowns in a game after three touchdowns, 54 yards and 19 carries in a win against the New York Giants in December 2019.