TRENTON, N.J. - New Jersey Gov. Phil Murphy has what is probably a cancerous tumor on his kidney and will undergo surgery next month to remove it, he said Saturday.

"Friends -- I've got a tumor on my left kidney and will undergo a partial nephrectomy in early March to remove it," the 62-year-old governor tweeted. "The prognosis is very good and I'm profoundly grateful to my doctors for detecting the tumor early."

Ninety percent of such tumors are cancerous, Murphy's office said, but doctors won't be able to tell for sure until the surgery.

Murphy told NJ Advance Media that doctors are confident of being able to eradicate it. He said he doesn't anticipate needing chemotherapy or radiation. 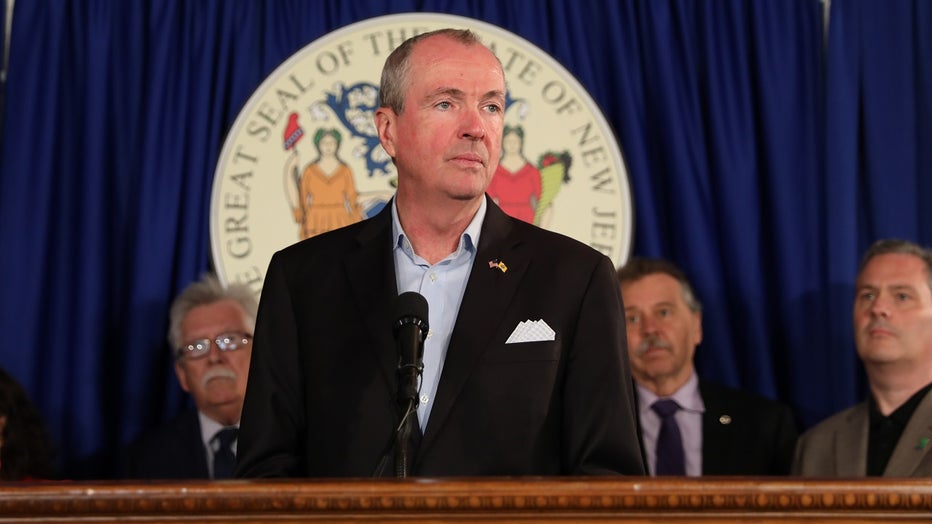 "Over 50,000 New Jerseyans will hear the words `you have cancer' this year, so I'm far from alone here," the Democratic governor tweeted. "It's a situation that far too many families find themselves in. That's why we're fighting for them each and every day.

"Health care is a right, not a privilege for a select few, and skyrocketing medical costs are a national emergency. If there's anything my diagnosis reminds me of, it's that preventative services are lifesaving and we need to continue fighting for affordable health care for all," he wrote.