Police are concerned guns shaped like cell phones have made their way to the streets after one was seized during a traffic stop.

PHILADELPHIA - Gun violence is plaguing Philadelphia. Now, police are concerned guns shaped like cell phones have made their way to the streets after one was seized during a traffic stop.

West Philadelphia residents are on edge as violence continues to surge. They were also upset to hear about an arrest where a gun, disguised as a cell phone, was seized by police from a woman after a routine car stop for tinted windows at 57th and Spruce.

Police say the suspect with the cell phone gun had six prior arrests, including a gun violation. 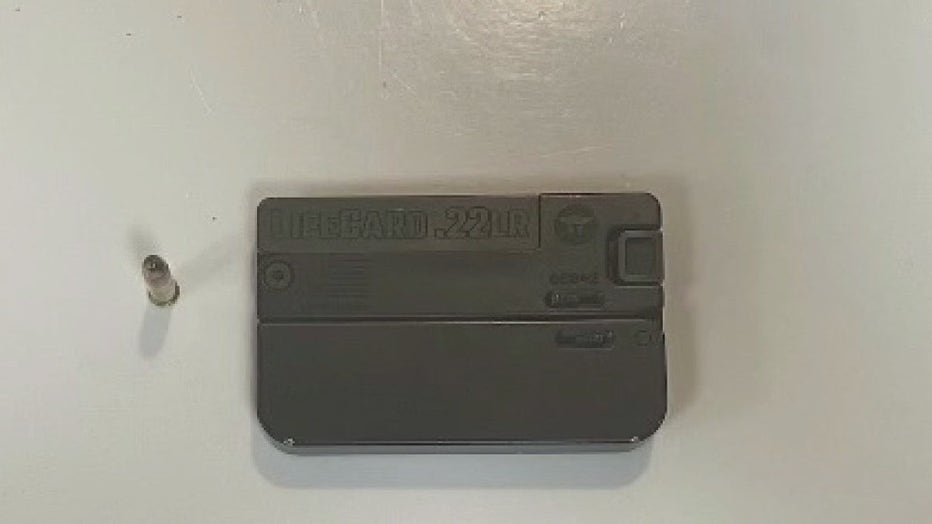 Neighbors already overwhelmed by too many guns in their community were just as concerned.

"I don't see why people have to carry weapons. I mean it's ridiculous," Codey Cortes said.

Saddiq Calhoun, a gunshot victim himself, says enough is enough when it comes to guns on the street.

FOX 29's Dave Schratwieser reports that you must have a permit to carry to have that type of gun on your person in public.

So far this year, Philadelphia has seen 149 murders and over 500 shooting victims this year.

Police: Man, 21, shot and killed in his vehicle in West Philadelphia