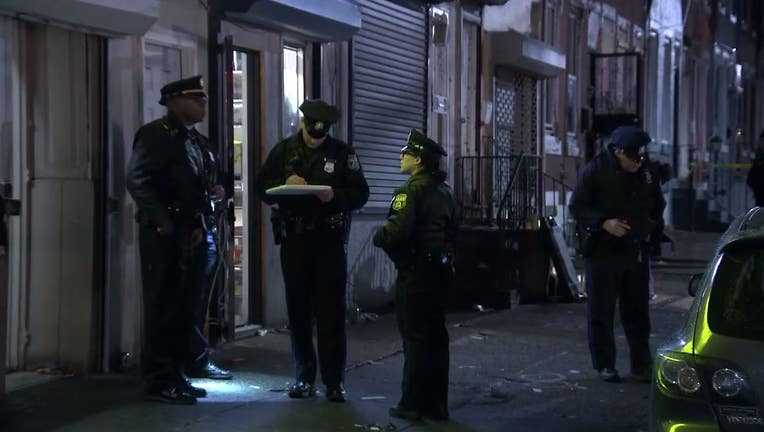 A Friday night shooting in Kensington claimed the life of a 26-year-old man.

KENSINGTON - Police are investigating after a 26-year-old man was fatally shot in Kensington late Friday night.

Responding officers discovered the victim bleeding and unresponsive in the roadway between two parked cars. He suffered multiple gunshot wounds to the head and torso. Police rushed him to Temple University Hospital, where he was pronounced dead.

Police said the victim appears to have been the intended target. Authorities have yet to identify the deceased.

200 arrests made, drugs and assault weapons seized in Kensington bust

Five spent shell casings were found close to the victim's body. The bullets were fired from a large caliber semi-automatic weapon, per police.