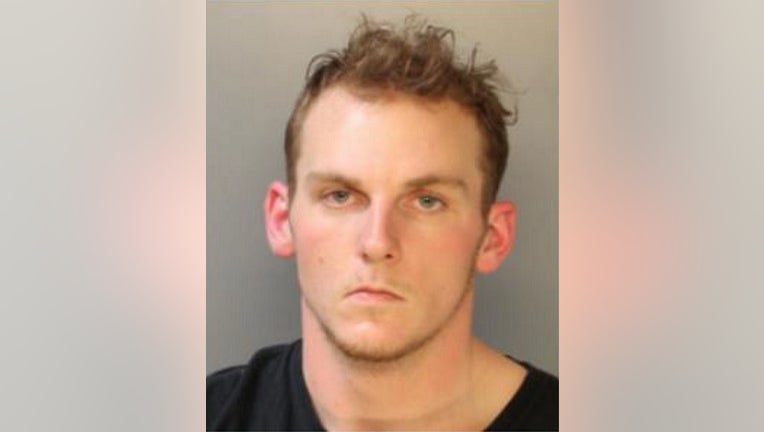 David Dash is accused of holding a knife to the neck of a 20-year-old pregnant woman at a South Philadelphia SEPTA station.

PHILADELPHIA - A Philadelphia man has been apprehended on assault charges after police say he held a knife to a pregnant woman's neck at a South Philadelphia SEPTA station on Wednesday night.

David Dash, 26, was identified by SEPTA police in a wanted bulletin on Saturday and captured a day later.

Dash is accused of approaching a 20-year-old pregnant woman from behind while she was using a SEPTA kiosk and briefly holding a knife to her throat.

The woman managed to break free from the attack while Dash fled the station, according to police. She received treatment for a minor laceration to her neck.

Dash is being charged with aggravated assault, simple assault, and related offenses.

FOX 29's Jennifer Joyce has the latest on the search for a man who police say grabbed a pregnant woman at knifepoint on a SEPTA platform.