Edward Mathews is expected to spend several days behind bars as he awaits a preliminary hearing in connection with a racist encounter with neighbors that was caught on video.

MT. LAUREL, N.J. - A New Jersey man who was seen on video hurling racial slurs at neighbors in a South Jersey neighborhood is expected to remain behind bars for several days after police took him into custody Monday.

Edward Mathews, 45, was escorted out of his home Monday night by Mount Laurel police following hours of protests outside of his home.

Mathews was originally charged on Friday with bias intimidation and harassment after video of an altercation between him and some neighbors made the rounds on social media.

Monday night, Mathews was arrested by Mount Laurel police who say new evidence had come to light from videos of the encounter that showed him spitting on the victim. 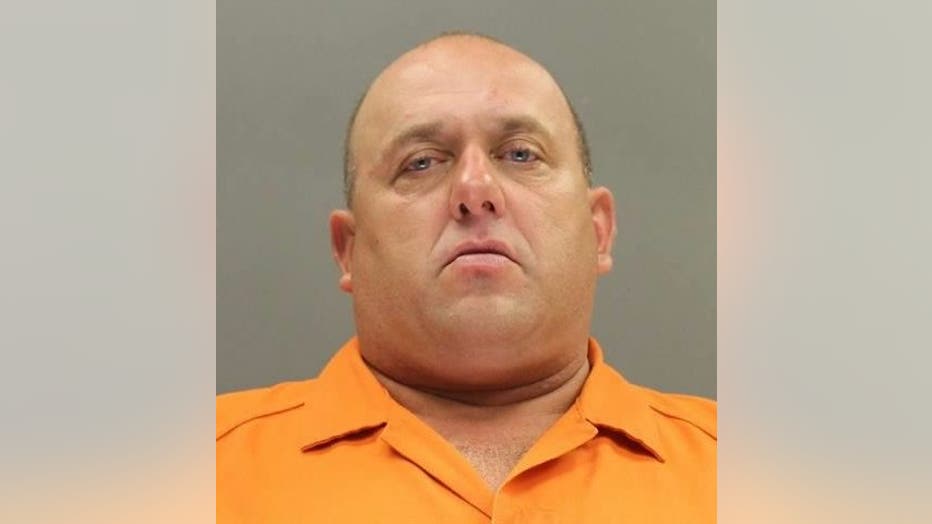 Edward Mathews, 45, is expected to remain behind bars until his preliminary hearing at the end of the week after he was seen on video hurling racial slurs at neighbors and allegedly spitting on one of them. (Burlington County Prosecutor's Office)

"It is difficult to overstate how vile and despicable the conduct by this defendant towards his neighbors was on Friday night.  No one should ever have to deal with such hatred thrown in their face anywhere, but especially on their own doorstep.  Once again, I want to commend the victims for showing incredible restraint in the midst of this unprovoked rant by the defendant.  We recognize the justifiable outrage of the community – of ALL members of the community – at the defendant’s conduct, and vow to see this prosecution through so that justice is done," said Burlington County Prosecutor Scott Coffina in a statement released Tuesday.

Coffina added in his statement that it was 'unfortunate that some participants in yesterday’s protest resorted to violence and the destruction of property.' Authorities say they will be following up on those incidents and 'hold anyone accountable who committed criminal acts yesterday.'

Coffina also thanked members of the community who came forward with information and video evidence to support the charges brought against Mathews.

"We are all in this together, and we urge anyone with information or evidence of prior incidents involving this defendant to come forward and present it to Mount Laurel Police Department or our Office," Coffina added.

A New Jersey man seen hurling racial slurs in a now-viral video was taken into custody Monday after protesters gathered for hours outside of his home. He currently faces multiple charges.

Neighborhood activists tell FOX 29 that Mathews was alleged to have been involved in similar incidents in the past, and noted that nothing was done until it was caught on camera. They also questioned why Mathews wasn't arrested on Friday, the day of the incident, after cursing at the officer arrived towards the end of the viral video.