A New Jersey man seen hurling racial slurs in a now-viral video was taken into custody Monday after protesters gathered for hours outside of his home. He currently faces multiple charges.

MT. LAUREL, N.J. - The mayor of Mount Laurel, New Jersey is calling for a federal hate crime investigation into a man's racist words and actions that were caught on video.

Mayor Stephen Steglik, of the small town in South Jersey, said the footage "is disturbing and speaks to a larger hate-filled divide within our country."

A recording of the altercation on Friday between two neighbors in the Essex Place condo complex has since gone viral on social media.

Edward Cagney Mathews, 45, argued with his neighbor, spitting and shouting racial slurs in a six-minute rant. When police showed up, he didn’t stop and turned his anger at an officer.

After the video went viral, people started a protest outside of Mathews’ home. A crowd of twenty turned into 100 by mid-day.

"Though I am limited in power, it does not limit my voice and desires for an improved, more inclusive community," Mayor Steglik wrote in his statement.

Beyond the federal hate crime investigation, Mayor Steglik called on township council to create a diversity and inclusion board made up of Mt. Laurel residents. 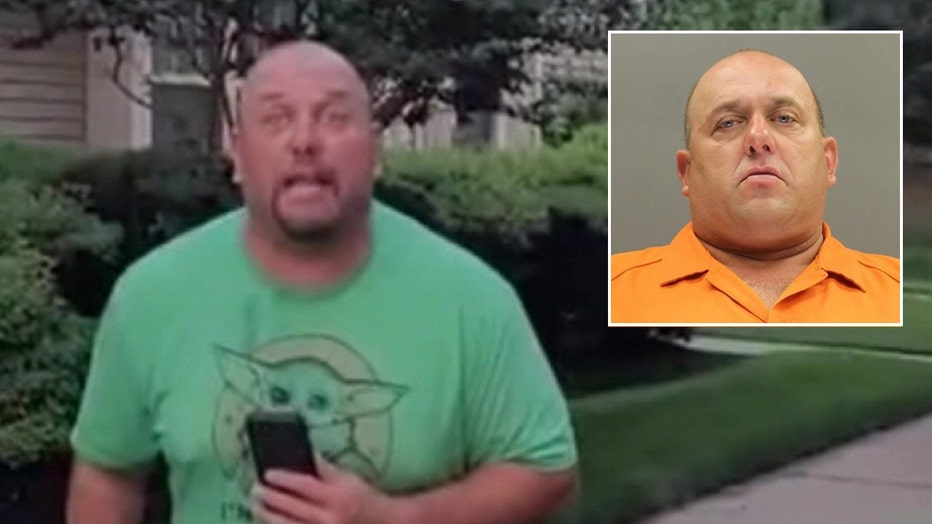 Edward Mathews, 45, was arrested Monday and faces multiple charges after video of his rant and encounter with neighbors went viral.

He has called into question the challenges that made it difficult to get Mathews into custody as quickly as the public would have liked.

Also, Mayor Steglik called the moment a "turning point" and hopes that the community will be made better through hard work.

On Tuesday, authorities revealed that Mathews was expected to remain behind bars until a preliminary hearing that could come by Friday, July 9.