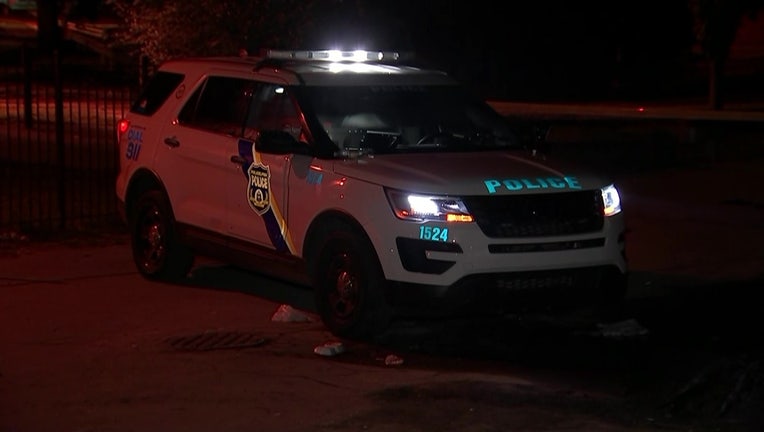 PHILADELPHIA - Investigators are searching for a shooter after police say a 30-year-old man was shot to death late Thursday night in West Philadelphia.

Officers from the 12th district were called to the 6100 block of Webster Street shortly after 9:30 p.m. for reports of gunfire.

Police found 30-year-old Christopher Johnson suffering from gunshot wounds to the chest and arm. Officers drove Johnson to Penn Presbyterian Medical Center where he died just after 10 p.m, according to police.

Investigators do not know what sparked the deadly gunfire. A description of the shooter was not provided.

The deadly West Philadelphia shooting was part of a violent night in Philadelphia that included multiple shootings and stabbings.

Officers across the city responded to three other shootings, including a hail of gunfire that erupted inside a corner store leaving a 16-year-old boy critically injured.

Police in Center City said a man in his 20s was stabbed in the neck following a fight outside a nightclub. Another man suffered a non-fatal stab wound during a mugging in North Philadelphia.

FOX 29's Bill Anderson has the latest on the apparent accidental shooting death of 10-year-old girl.

Earlier in the night, officers were called to a home in Southwest Philadelphia after police say a 10-year-old girl accidentally shot herself in the head.

This is the second self-inflicted shooting death of a 10-year-old child in less than a week in Philadelphia.

Police in Nicetown-Tioga last Saturday said a 10-year-old boy fatally shot himself in the head with a gun he found in an unlocked cabinet while home alone with his 8-year-old sister.

"Less than 1 week after meeting w/ family in the hospital of a 10-year-old child who died as the result of a self-inflicted gunshot, another 10-year-old has died in a similar fashion," Police Commissioner Danielle Outlaw wrote on Twitter.

"These tragedies are completely preventable! It is the responsibility of adults to keep guns secure," the tweet continued.