SOUTH PHILADELPHIA - Philadelphia police released video of four suspects wanted after a man was killed and two others were injured during a massive brawl early Thursday morning at Pat's King of Steaks in South Philadelphia.

According to investigators, a large fight erupted outside of the popular Philadelphia cheesesteak location on the 1300 block of East Passyunk Avenue just before 2 a.m.

Philadelphia Police Chief Inspector Scott Small told reporters that a 28-year-old man was bludgeoned to death with a metal trash can lid and pummeled in the face with kicks and punches. Police later identified the victim as Isidro Cortez from Queens, New York.

Before the fight, several of the suspects are seen talking and munching on cheesesteaks. In the video released Friday, the group of men is seen punching and kicking the victims. At one point, one of the men grabbed the red trash can lid and struck another man.

Police do not know exactly what sparked the fight, but investigators believe the Philadelphia Union's game against Club América on Wednesday night may have played a role.

The male suspects are described as Latino males, possibly of Mexican American or Central American descent. Two of the men have distinct tattoos on their arms and neck. Police say the men were all dressed in yellow Club América jerseys 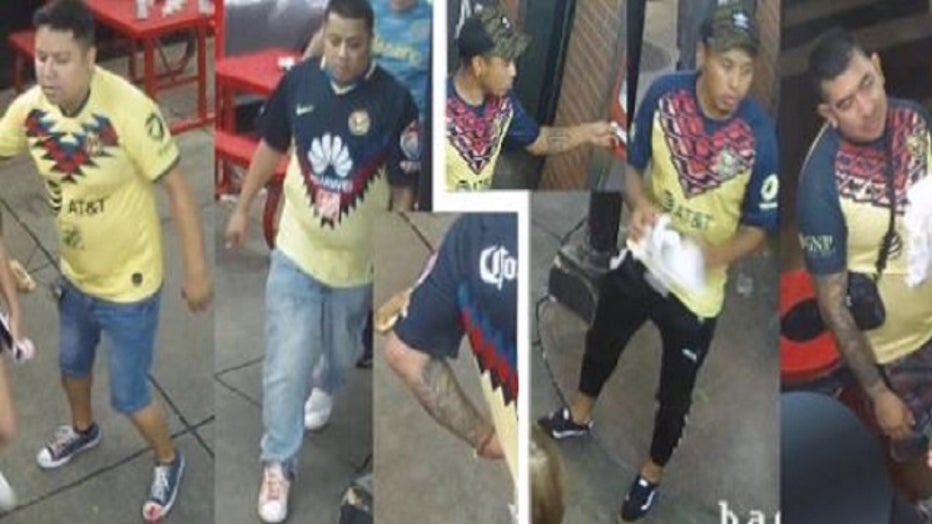