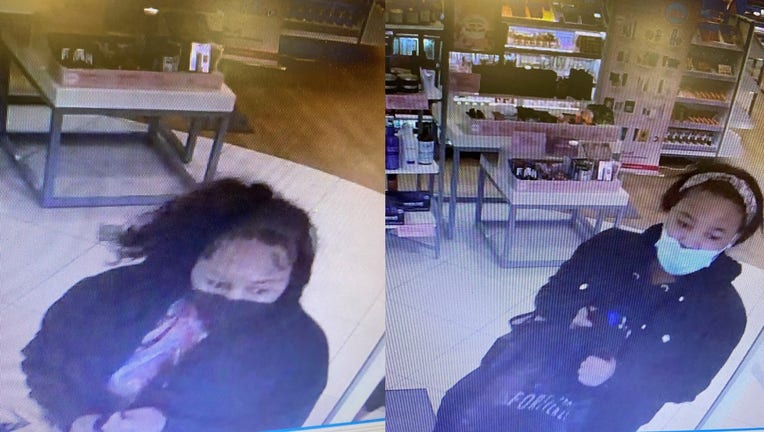 Warrington Police seek these two women in connection with a retail theft of perfume at Ulta Beauty.

WARRINGTON, Pa. - Two women are being sought by Warrington police in connection with a retail theft of $10,000 worth of perfume at Ulta Beauty.

Officials said police responded to the store, just off 611 in Bucks County, on April 12, just after 12 p.m., on a report of a retail theft in progress.

When police arrived, employees told them two women left the store, on foot, with about $10,000 worth of fragrance.

Police ask anyone with information regarding the theft or the women to contact Officer Triola at 215-343-3311 or Jtriola@warringtonpd.org.

Police in Exton report a theft at an Ulta Beauty in the Chester County town, on April 10, in which four women reportedly took off with $11,000 worth of beauty products.

Back in January, police say two suspects stole $4,000 in fragrances from a Sephora in Exton.

In February, two women were accused of stealing approximately $10,000 worth of merchandise from the Ulta in Exton.