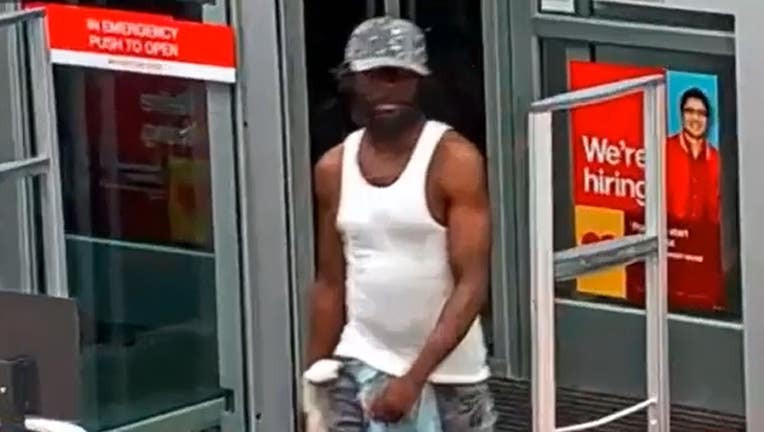 PHILADELPHIA - Police are looking to identify a man they say robbed a Target in Center City a week ago.

The man was inside the Target at 1128 Chestnut Street when police say he started gathering items, and putting them in a basket.

He then allegedly walked out of the store without paying.

As he fled, police say the man pointed something at an officer. It turned out to be a toy handgun.

He then dropped the toy gun and stolen items on the ground and kept fleeing.

Police say the suspect has a beard, mustache and dreadlocks or braids in his hair.

Anyone with information is asked to call Philadelphia Police at 215-686-8477.