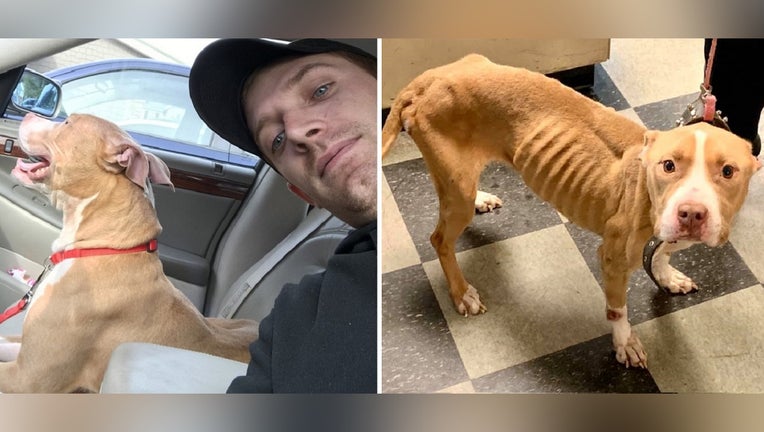 Rose is pictured with the Collingdale police officer who helped rescue her from deplorable conditions in November 2019.

COLLINGDALE, Pa. - A shelter dog has found her forever home after being rescued from deplorable conditions in Delaware County.

Collingdale Police Officer Colin Richers pulled the emaciated pup from a house on the 800 block of North Street in late November.

The 7-year-old dog was skin and bones with open wounds and "a lot of mending to do," according to the Brandywine Valley SPCA (BVSPCA).

Officials named the dog Rose, which is the official flower of Collingdale. 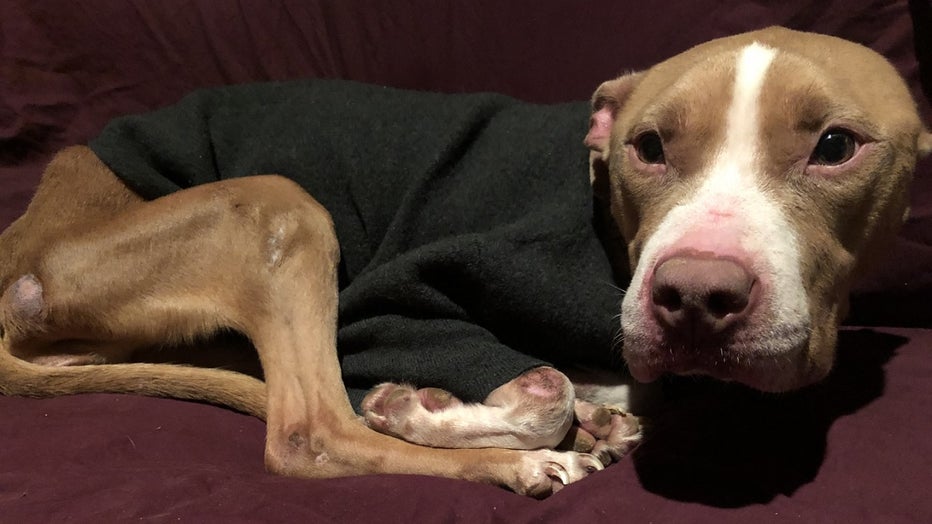 Rose is pictured partway through her recovery in foster care. (Brandywine Valley SPCA)

Rose spent two months recovering in foster care, where her wounds began to heal and her personality was able to blossom.

"She went up for adoption a few days ago," the BVSPCA wrote Saturday in a Facebok post. "And guess who adopted her? Her rescuer Officer Baker."

Collingdale Police Officer Kenny Baker was among those who helped bring Rose home and "guarantee her the best life possible," the department wrote in a Facebook post.

The shelter shared a photo Saturday of Rose and Baker on their "freedom ride." 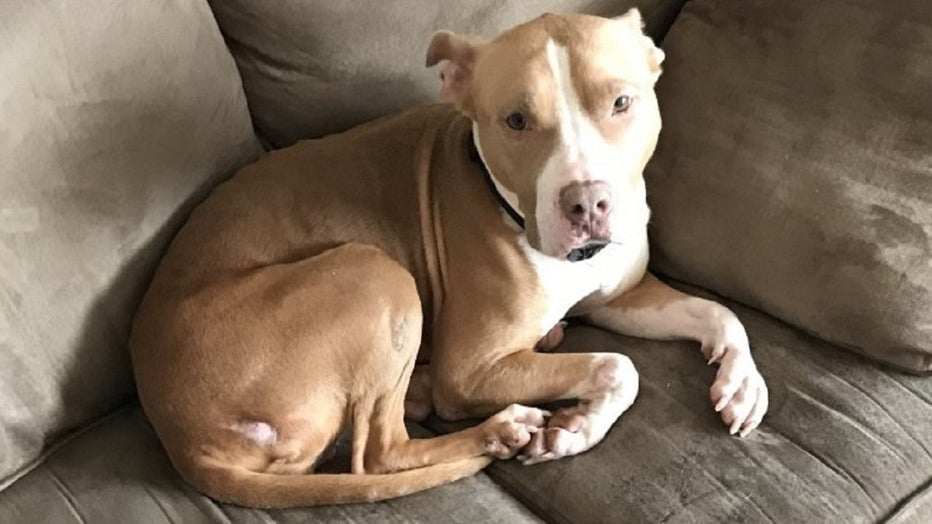 Rose's animal cruelty case remains under investigation. No further information has been released at this time.

Those interested in donating to the BVSPCA can do so here. Supplies can also be donated by purchasing items on the shelter's Amazon Wish List.

Anyone who witnesses animal cruelty is urged to report it through the BVSPCA online form here.