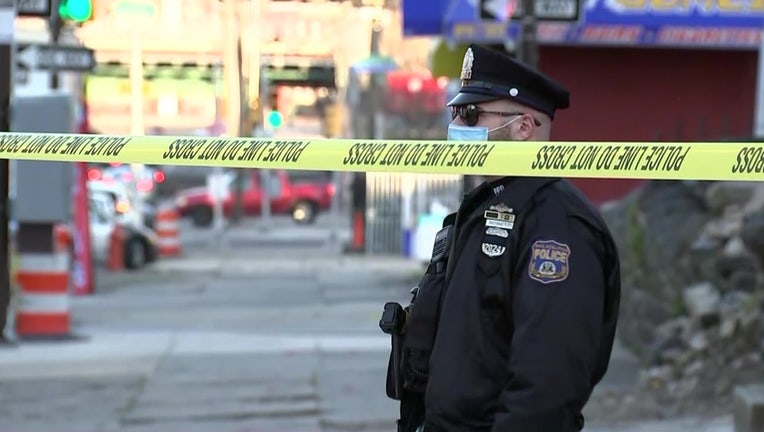 PHILADELPHIA - Officers from the Philadelphia Police Department responded to three different shootings in less than an hour on Saturday as gun violence continues to ravage the city.

The spate of shootings began around 5:45 p.m. on the 4600 block of Wayne Street in Germantown. Police say a man in his 40s was shot multiple times in the lower body and was taken to Einstein Medical Center in critical condition.

Officers reportedly arrested a suspect but they did not find a weapon. No charges have been announced.

FOX 29's Steve Keeley has more on what Philadelphia leaders are doing to help curb the scourge of gun violence in the city.

A suspect was reportedly taken into custody and two weapons were recovered.

Police in West Philadelphia responded to the 5300 block of Arch Street just before 6:30 p.m. after a 25-year-old man was shot in the arm. He was taken to the Penn-Presbyterian Hospital and later placed in custody for being in possession of guns and narcotics, according to police.

Philadelphia has endured over 100 homicides so far this year, according to the latest data provided by the Philadelphia Police Department. Saturday's cluster of shootings comes after one man was killed and five others were wounded during a shooting at a crowded pop-up party inside a Nicetown restaurant.

1 dead, 5 injured at illegal pop-up party at restaurant in Nicetown