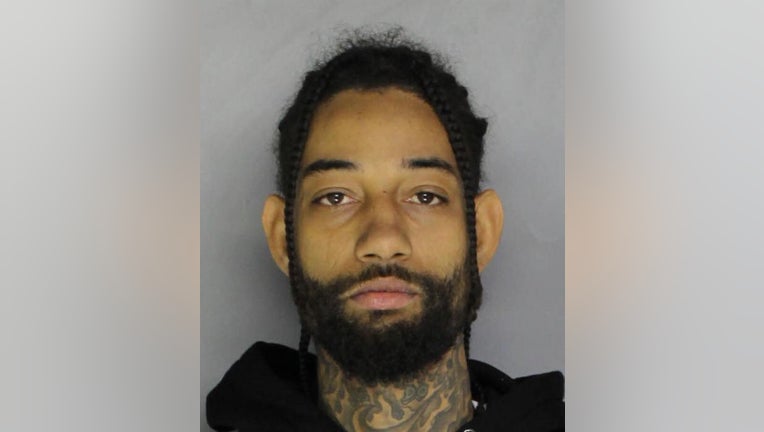 Rakim Hasheem Allen, who goes by the stage name PnB Rock, entered an open guilty plea to one count of possession with intent to deliver and one count of receiving stolen property.

Allen, 29, was sentenced to 36 months of probation on each count, and the sentences are to run concurrently. He was also ordered to complete 100 hours of community service and his supervision was permitted to be transferred to California.

Allen was arrested back in January of 2019 after Bensalem Township investigators executed a search warrant at an apartment on Konefal Street in Bensalem. Authorities say the warrant stemmed from an investigation that began in Nov. 2018 after officers received a number of complaints of loud parties and a constant smell of marijuana coming from that apartment.

During their search, authorities say they discovered approximately five pounds of marijuana, scales, packaging material, and over $33,000 cash in the apartment. They also found a .40 caliber Glock handgun that had been reported stolen.

Allen was arrested, along with Stephanie Sibounheuang. Sibounheuang pleaded guilty in 2019 to possession of a controlled substance and was sentenced to six months probation.