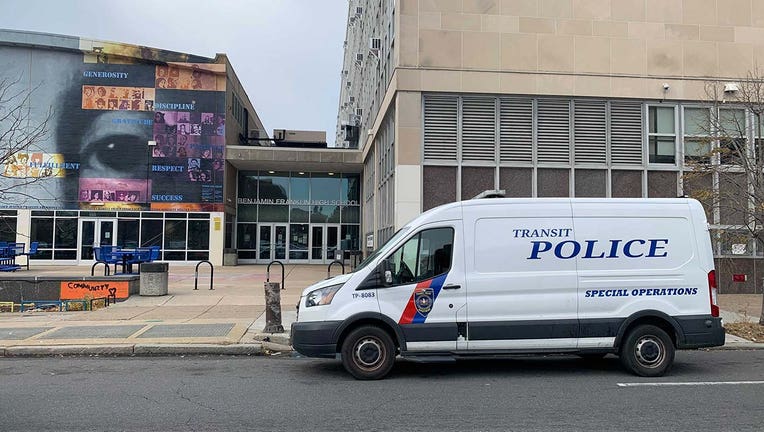 PHILADELPHIA - A high school student is in police custody after allegedly robbing someone on SEPTA’s Broad Street Line on his way to school Thursday morning, sources tell FOX 29.

Sources tell FOX 29’s Marcus Espinoza that the suspect robbed another juvenile on the train, before getting off at the Broad and Spring Garden stop and walking in Benjamin Franklin High School.

SEPTA Transit Police and Philadelphia police both responded to the school later in the morning Thursday. Sources say SEPTA Transit police took the suspect into custody.

The building was searched by authorities following the arrest as a precaution.

No injuries have been reported to the victim or any other students. Sources say the victim was a student at another school.

This is a developing story, check back for updates.