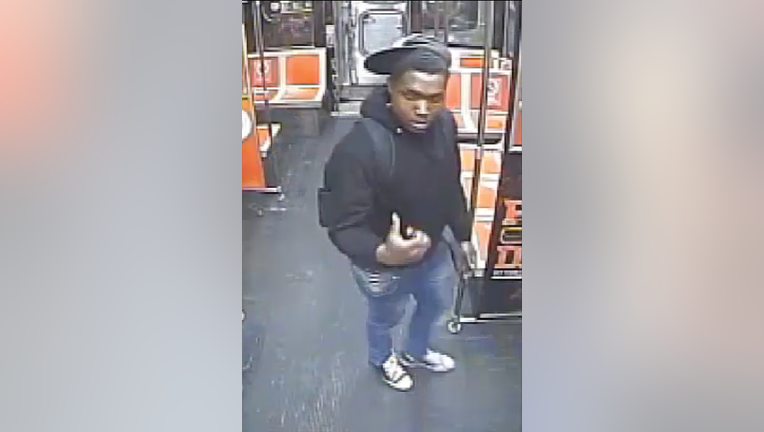 Police are searching for a man who allegedly pepper-sprayed a passenger aboard a SEPTA train.

PHILADELPHIA - Authorities are searching for a teenager who allegedly pepper-sprayed a passenger in the face on SEPTA's Broad Street Line in March, according to police.

Investigators with the Philadelphia Police Department said a 35-year-old victim was riding the SEPTA subway train around 1:30 a.m. on Mar. 14 when the assault took place.

The suspect is described as a heavyset Black male wearing a black hat, black hooded sweatshirt, blue jeans, black and white sneakers, and a backpack.

Anyone with information should contact the Philadelphia Police Department at 215-686-8477, or submit an anonymous tip on their website.

The attack comes at a time of elevated safety concerns for both passengers and staff at SEPTA stations. Police are searching for a group of teens who were allegedly captured on video beating a SEPTA employee at the City Hall Station. Days later at the same stop, a man was shot three times.

Elsewhere in the city, Philadelphia has to shutdown a Market-Frankford line in Kensington to address safety concerns after the popular stop fell into disrepair.

Nestel told reporters last week that he would not resign and sought outside assistance to help quell the violence plaguing Philadelphia's subway system.