The incident began on Thursday, Feb. 20, when police learned of an alleged threat against the William Penn School District that was made via Instagram.

The threat was made against Penn Wood's 9th Grade Academy on Cypress Street in Yeadon, as well as the main Penn Wood High School on Green Avenue in Lansdowne, according to police. 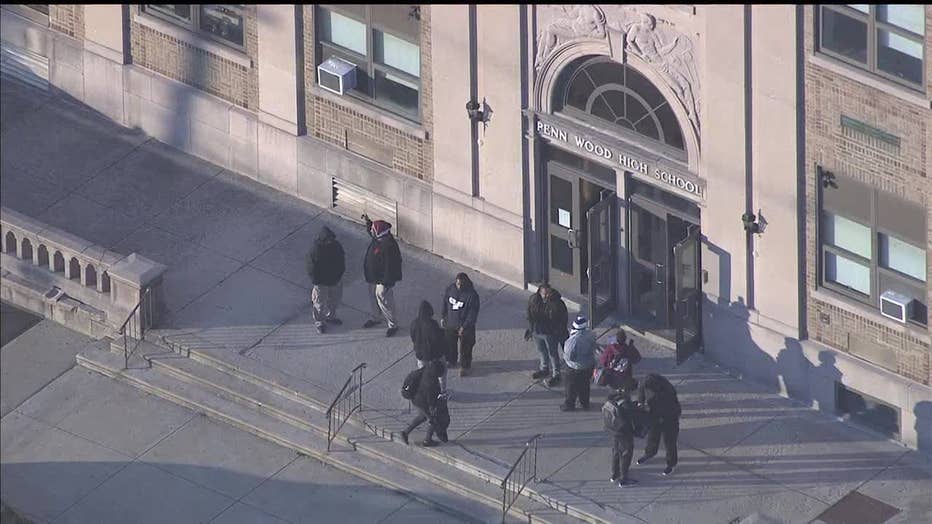 The online threats were allegedly made against Penn Wood schools on Thursday.

Police said the pair posed as a school shooter and targeted the schools through social media posts under three different accounts.

On Friday, bags were checks and students were patted down at both Penn Wood high school buildings. The scare caused some parents to take extra precautions, keeping their kids home.

Upon further investigation, Yeadon and Lansdowne police took the two juveniles into custody. They were not publicly identified. Both teens were charged with making terroristic threats.

Police credited friends and community members who came forward to report the incident.