Man, 33, gunned down after argument in Nicetown, police say

Police are looking for two suspects they say opened fire in Nicetown, killing a 33-year-old man and injuring another man.

PHILADELPHIA - Philadelphia police are looking to identify two men they say were involved in the deadly shooting of a 33-year-old man that was caught on camera in Nicetown last week.

The incident occurred on the 1900 block of Hunting Park Avenue shortly after midnight.

Video shows a small group gathered on the corner of the block when the two suspects pull out handguns and begin firing at the victim.

The victim, later identified as Todd Berry,  was struck multiple times throughout the body. He died at the hospital a short time later. A second victim, a 37-year-old man, also suffered a gunshot wound to their right wrist during the shooting. 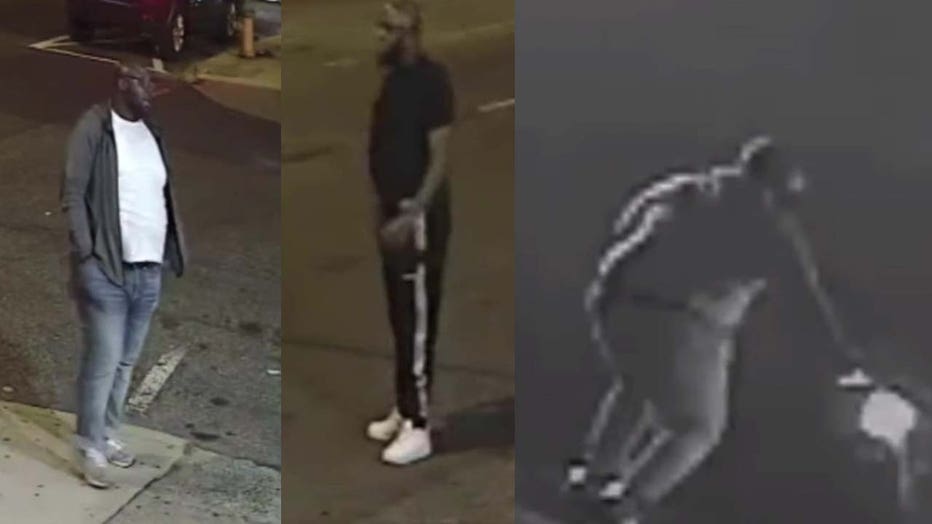 Police are looking for two men in connection with a deadly double shooting in Nicetown on Sept. 30.

Investigators say the shooting is believed to have stemmed from an argument.

Police have described one of the suspects as bald with a heavy build, wearing a gray sweater, white t-shirt, and blue jeans. The suspect arrived on the scene in a dark color minivan operated by a person of interest in the investigation.

The second suspect was described as a bald man with a beard, wearing a black T-shirt, and black pants with white stripes on the leg. Police say the second suspect arrived on the scene in a dark color sedan.

A $20,000 reward is being offered for information leading to an arrest and conviction in the case.