VIDEO: Suspects sought after man gunned down in North Philadelphia

Police are searching for two men in connection to a shooting in Fairhill that claimed the life of a 52-year-old man.

The Philadelphia Police Department on Friday shared surveillance video of the shooting that happened on the 400 block of West Indiana Street.

The video shows one suspect, described by police as a Hispanic man in his mid-to-late 20s, exit the driver's side of a 2004-2007 burgundy Chevrolet Malibu Maxx and engage in a verbal argument with the victim.

As the argument continues to escalate and turns physical, a second suspect in a red shirt with a black shoulder bag opens fire on the victim. The victim, who may have also been armed with a gun, tries to stagger away but is chased down the street by the suspects. 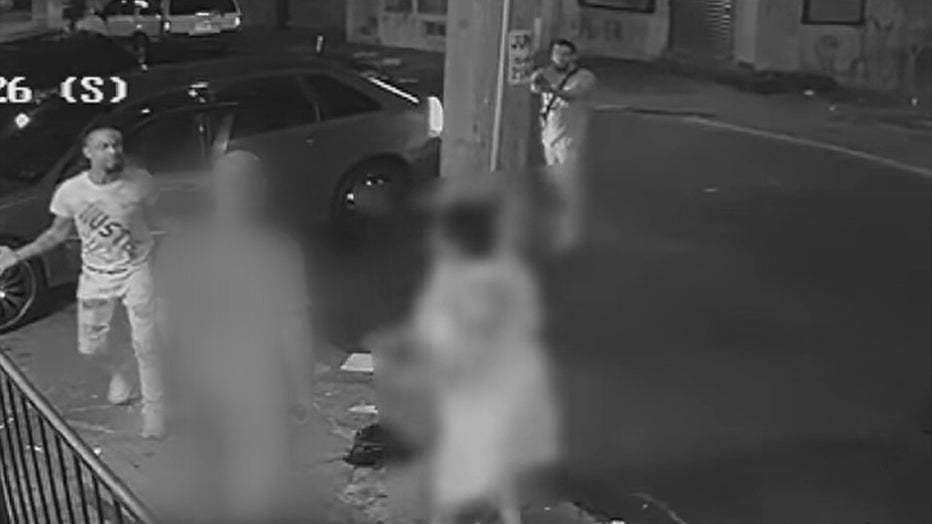 Police are searching for two men in connection to a deadly shooting Sunday night in Fairhill.

The man in the red shirt, who police believe may be in his early-to-mid 30s, continued to fire shots towards the victim who is off-camera. The pair then ran back to the Chevrolet Malibu Maxx and fled the scene.

Police have offered a $20k reward for anyone with information that leads to an arrest and conviction in this case.

Police are searching for two men in connection to a deadly shooting Sunday night in North Philadelphia. Surveillance video released by police on Friday shows the two men engage in an argument with the victim shortly before one of the men opens fire.