Violent Wednesday leaves at least 4 dead, 4 others hurt across Philadelphia

Philadelphia police said four people were killed and 4 others were hurt during overnight shootings across the city.

PHILADELPHIA - Another night of gun violence across Philadelphia has left at least four people dead and several others injured, Philadelphia police say.

Officers responded to the 2200 block of South 69th Street in Southwest Philadelphia shortly after 8 p.m. Wednesday for a report of a shooting.

On the porch of a home, responding officers found a 22-year-old man suffering from multiple gunshot wounds to the chest and back.

Medics transported the victim to Penn Presbyterian Medical Center where he later died.

In West Philadelphia, two young men were shot around 8:30 p.m. on Haverford Avenue. 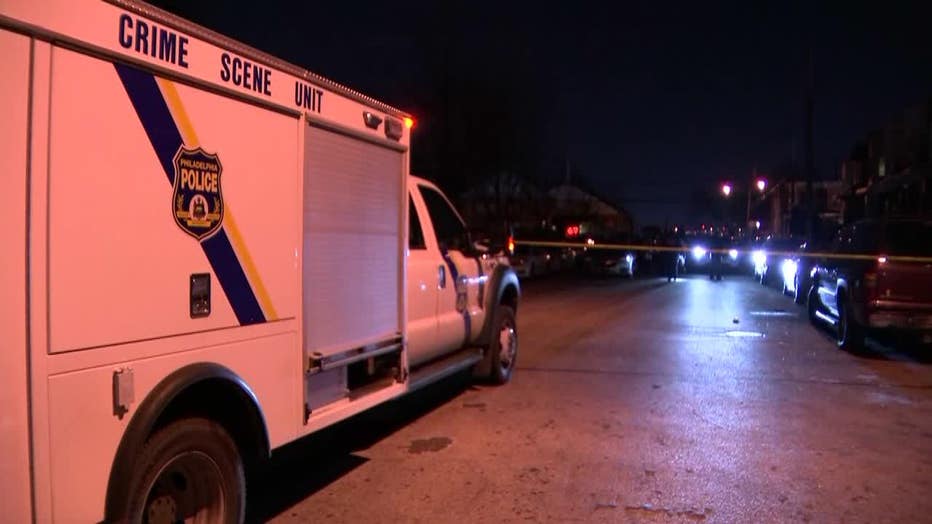 Investigators respond to the scene of a deadly shooting along 69th Street in Southwest Philadelphia.

Police say a 20-year-old man was shot once in his torso and a second victim, also believed to be in his 20s, was shot once in the chest. Both men were rushed to Penn Presbyterian Medical Center where both are listed as critical.

A triple shooting in North Philadelphia around 7:30 p.m. on the 2700 block of North Warnock Street left one man dead, authorities say.

The 55-year-old victim was shot once in the chest and hand and later died at the hospital.

The other two men, 47 and 25, went to Temple University Hospital by private vehicles after they were shot multiple times in their legs. Both are listed in stable condition.

The spate of deadly gun violence continued overnight as police say a 44-year-old man was fatally wounded on the 3000 block of A Street just before 11 p.m.

The unidentified victim was driven to Temple Hospital where he died, according to police.

In Tioga, police say an 18-year-old man was shot and killed Wednesday afternoon near 17th and Erie.

Officers arrived on the scene following a report of a shooting and found the victim suffering from gunshot wounds to the neck. He was taken to Temple University Hospital where he later died.