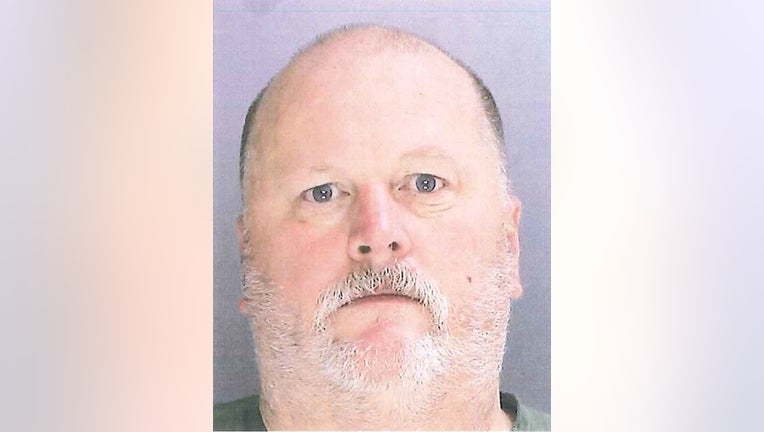 WEST CALN TOWNSHIP, Pa. - A police sergeant in Chester County is facing charges after authorities say he fired his service weapon into a moving car during a traffic stop last month.

West Caln Township Sgt. Anthony Sparano, 53, has been arrested in connection with the Nov. 10 incident. He faces multiple charges, including recklessly endangering another person, simple assault, and propulsion of missiles into an occupied vehicle.

According to the Chester County District Attorney's Office, Sparano was patrolling West Caln Township in full uniform and a marked police car on the day of the incident. During the early morning hours, Sparano observed a driver making a left turn against a red stoplight at Route 430 and Compass Road.

Sgt. Sparano turned on his lights and initiated a stop on the 100 block of Octorara Trail Road.

Sparano's body-worn camera was recording as he approached the driver's side door and the female driver - who was also recording the incident with a camera of her own.

The district attorney's office says the driver refused to comply with the officer's request to provide her driver's license and registration. From there, authorities say the encounter escalated as the driver continued not to comply.

Sparano then allegedly opened the driver's door to remove the driver from the car, when she began to drive away.

At that time, authorities say Sparano fired one round from his service weapon at the car, striking the rear driver's side window and causing the glass to shatter inside the car.

Sparano pursued the driver in his patrol car and took her into custody on the 700 block of Octorara Trail Road after she stopped a few minutes later.

The driver was taken to Brandywine Hospital to be treated for minor injuries the district attorney's office says were sustained during her arrest.

The district attorney's office said Thursday that after reviewing videos of the incident, "it is clear that there was no imminent threat of death or serious bodily injury to Sgt. Sparano or anyone else."

"No one is above the law. Every day, we hold our law enforcement officers to the highest standards and expect them always to honor the value of human life above all else. They have a duty to attempt to de-escalate potentially volatile situations and never to engage in the use of excessive force. The use of deadly force, in this case, was not justified in any way," Chester County District Attorney Deborah Ryan said in a statement.

Ryan added that shooting into a moving vehicle is strictly prohibited, "unless the officer reasonably believes that death or serious bodily injury may occur."

"Even then, such an inherently dangerous step should only be taken after all other efforts have been exhausted," she added.

A preliminary hearing was scheduled for Dec. 30, 2021, and Sparano was released on his own recognizance.