West Chester University's Golden Rams marching band is preparing to take to the stage on Sunday when they perform at the Philadelphia Eagles' home opener.

WEST CHESTER, Pa. - West Chester University's Golden Rams marching band is preparing to take the national stage on Sunday when they perform at the Philadelphia Eagles' home opener against the San Francisco 49ers.

"We're so excited like when we heard about this, we were like oh my God, we're going to the game," Marissa Babski said.

It's a golden ticket after a tough year and a half for the more than 300 band members because of COVID-19. Up until now, students were separated, practicing in small groups and wearing masks.

Director of Athletic Bands Adam Gumble says this season is shaping up to be more normal and the marching band is ready for this incredible opportunity.

"We've been saying for a long time around here when nothing is certain anything is possible," he said. "Just can't wait to get back out there in front of 67,000 people this Sunday and show them what West Chester is made of." 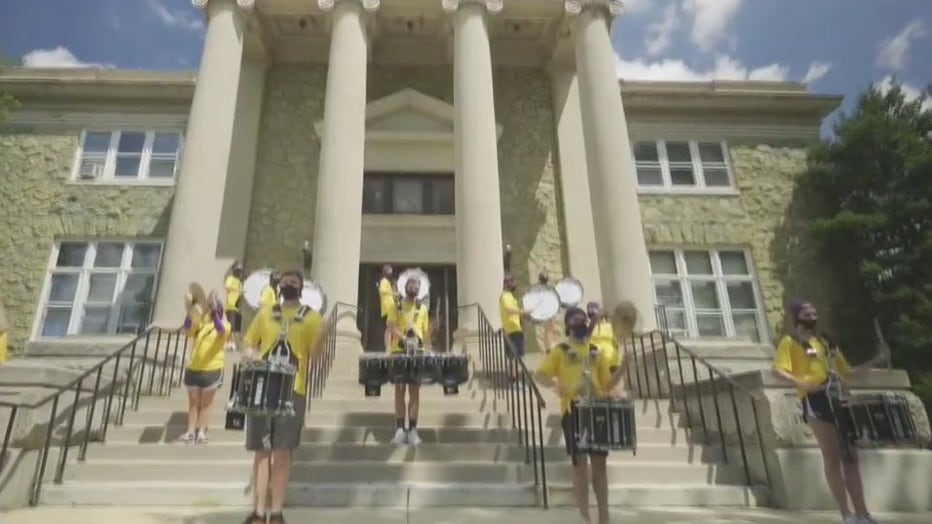 Despite the obstacles, drum major Michael Antonacci says it's like riding a bike.

"Once we got back together for minicamps and preseason training camps, we just kind of brought it all back together," he explained.

Senior Morgan Turner was with the marching band when they performed at the Eagles' NFC wildcard game in Jan. 2020.

"Little did we know that was the last time we'd perform together before COVID hit. I'm just so glad we can have this experience this year," she said.