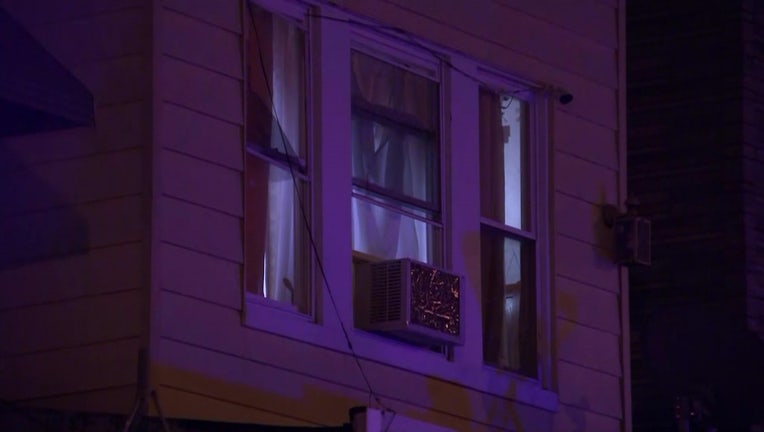 A sleeping woman was injured by broken glass when gunfire tore through a home in Olney early Friday morning.

OLNEY - Police say a woman who was sleeping in her bed was injured by broken glass when at least a dozen shots were fire at a house in Olney early Friday morning.

Philadelphia Police Chief Inspector Scott Small said five people were inside a house on the 4900 block of North 2nd Street when at least one shooter opened fire around 1:30 a.m.

According to investigators, the house was hit nine times including one bullet that shattered a second-floor bedroom window where a 40-year-old woman was sleeping. She was taken to Einstein Hospital with a cut on the forehead that police initially thought was a gunshot wound.

Small told reporters that four bullets ripped through a first-floor living room and struck a flat-screen television and an interior wall. No other injuries were reported.

"It appears this house was targeted due to the fact that it was hit at least nine times out of 12 shots," Small said. The targeted house and neighboring homes have private security cameras that police hope to use during their investigation.

Police did not speculate on what might have been the motive for the shooting.