Man charged after mother of 6 was fatally stabbed in van in West Philadelphia, officials say

A mother of six was found inside a minivan in West Philadelphia after she was brutally stabbed in the face and body, according to police. Authorities say the woman's fiance, who she had a Protection From Abuse order against, was arrested in connection with the stabbing.

PHILADELPHIA - A Philadelphia man has been charged with murder after investigators believe he stabbed the mother of his children to death inside a van in broad daylight over the weekend.

Authorities say 34-year-old Ashley Lockhart was found inside a Honda Odyssey on the 5300 block of Chestnut Street suffering from fatal stab wounds to the body and face.

Hours after the gruesome discovery, police reported a 34-year-old man was in custody. District Attorney Larry Krasner said Raymond Thompson was charged with murder and other crimes.

In the wake of the murder, the DA's Office reported that Thompson was known to police and Ashley had filed a protection from abuse order against him but the couple were still living together.

"I don’t have specifics to answer for you on this man’s record, I do know that it’s very lengthy, and I know the case is extremely sad very, very troubling," Krasner said.

Officials say Thompson turned himself in on Saturday, almost immediately after the deadly stabbing of Lockhart. Investigators haven't shared a possible motive for the killing.

"This particular victim did the right thing, but for some reason she was back with this man in that particular van," Assistant District Attorney Joanne Pescatore told reporters. 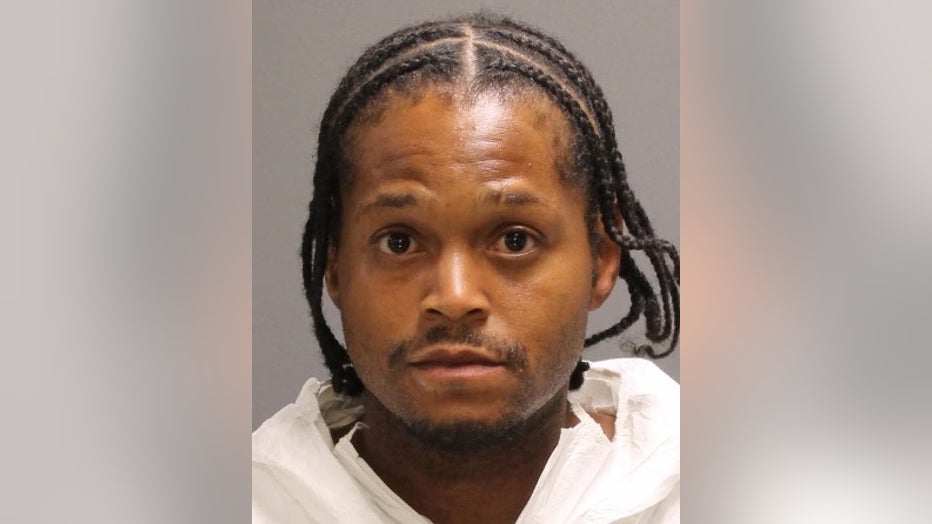 Raymond Thompson, 34, is charged with the murder of Ashley Lockhart who was found stabbed to death inside a minivan.

"I don’t know the circumstances of that, I don’t know why that was, but sadly enough she’s not going to be here to tell us what happened."

RELATED COVERAGE: 'Loved by everyone': Cousin of Philadelphia mom killed in stabbing calls for forgiveness, help for 6 daughters

Lockhart leaves behind six children, the youngest of which is just 5-months old. Her family has set up a GoFundMe account and will hold a vigil Monday night.

"She loved everybody she had compassion and love and for her children she was a nurturer," her first cousin William A. Brownlee said.