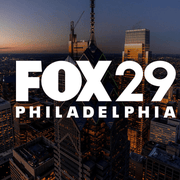 Prior to joining FOX 29, Alex was a reporter for WTVC News Channel 9 in Chattanooga, Tennessee.  In September 2018 the Chattanooga Times Free Press named her Best Columnist/Reporter in a “People’s Choice” vote.

Alex hit pause on her career in the spring of 2018, when she was diagnosed with a rare form of bone cancer called Ewing’s Sarcoma.  She battled cancer with the help of her doctors at Penn Medicine’s Abramson Cancer Center at the University of Pennsylvania-Penn Presbyterian hospital in Philadelphia and is now a proud cancer survivor.

A graduate of Moorestown, NJ, High School, Alex was born in Philadelphia and grew up watching FOX 29.  In summer 2016, while she was an intern and junior reporter at FOX 29, she helped cover the Democratic National Convention on “Good Day Philadelphia.”

Alex holds a bachelor’s degree from the Gerald Ford School of Public Policy at the University of Michigan.

When she isn’t in the FOX 29 newsroom, Alex enjoys baking for newsroom staff, family, and friends, and sharing the adventures of her dogs on social media.

FOX 29 reporter Alex George is putting a sweet twist on the classic campfire s’mores, but she’s making it portable!

According to a local medical center, the Amish community in Lancaster County, Pennsylvania has achieved what no other community has been able to do – herd immunity.

A 21-year-old man was killed after police say he was shot after a fistfight broke out inside the Philadelphia Mills Mall food court on Monday afternoon.

An event held Sunday in Conshohocken rallied support for Asian-American communities in the wake of last week's deadly shooting at a spa in Georgia and rising violence against Asian-Americans.

Friday ended with a round of applause from the staff working the FEMA-run vaccination site after they hit the goal of 6,000 shots a day and celebrated another milestone —100,000 doses administered.

Residents who are in phase 1A or 1B and live in the 22 zip codes can walk-up and get a shot, Philadelphia Health Commissioner Dr. Thomas Farley says.

A South Philadelphia church is searching for answers after their 176-year-old building was vandalized on Sunday morning for the second time in a week.

A long line formed at the Pennsylvania Convention Center’s FEMA vaccine site on Wednesday after social media was abuzz with talks about overflow of vaccine available.

Residents of Montgomery County have been asking their county officials where the COVID vaccine is and when will they finally get it.