FOX 29's Steve Keeley has the latest details on a shooting that left one teen critical and another teen dead in Olney.

OLNEY - Two teens have died after a shooting in a grocery store parking lot, in Olney, according to officials.

The shooting occurred on the 100 block of East Olney Avenue, in the ShopRite parking lot, Monday, about 7 in the evening.

Responding officers found the two victims shot inside a vehicle when they arrived.

The young woman was shot in her head, arm and chest. She was rushed to Einstein Medical Center and initially placed in critical condition. She later died over two weeks later on August 31. She was identified as Ojanae Thompson.

According to police, the young man was shot between 10 and 12 times across his body. He was also rushed to Einstein, by police, but succumbed to his injuries and was pronounced dead at the hospital. He was later identified as Khyrie Isaac.

Police say they are looking for three men in a white sedan that has black-rimmed tires. No arrests have been made. 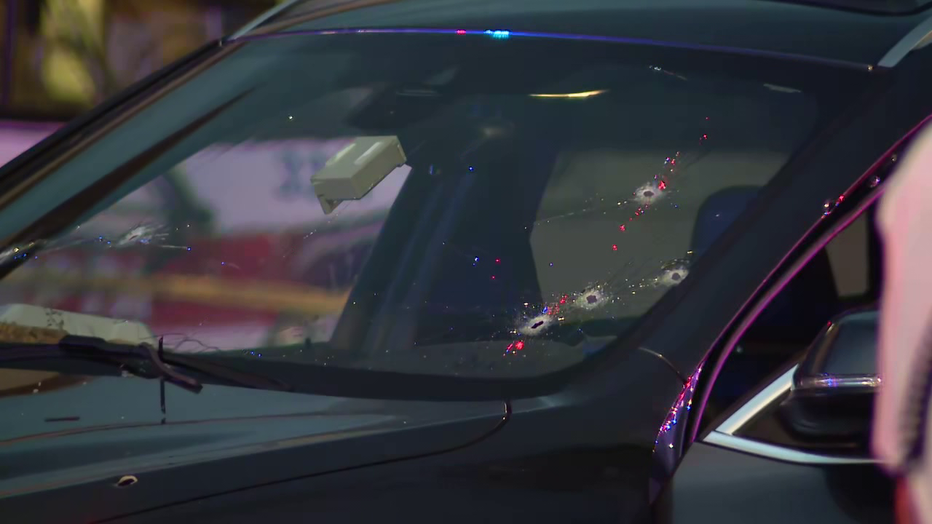 Bullet holes in the front windshield indicate where a shooter or shooters fired weapons into a vehicle, killing an 18-year-old male and critically injuring a 19-year-old female.