6 killed in violent weekend across Philadelphia

Police say six people are dead and several others are injured following a spate of weekend gun violence in Philadelphia.

PHILADELPHIA - A spate of deadly weekend gunfire in Philadelphia has claimed the lives of six people and left others, including teenagers, severely injured.

The Philadelphia Police Department said two of the deadly shooting happened on the same street in North Philadelphia, just hours apart from each other. Two more men were gunned down inside a North Philadelphia deli on Saturday night, and another was killed on a front porch.

The rash of weekend gun violence began on Friday night, when 25th District officer were called to a home on the 3400 block of Old York Road for reports of a shooting. Police say a 24-year-old man was found inside with a fatal gunshot wound to the head.

A woman was arrested and a firearm was recovered, but police have not announced any charges to this point.

25th District officer returned to Old York Road hours later when a 34-year-old man was found shot in the chest early Saturday morning. The victim, whose identity has not been released, died at Temple Hospital just before 7 a.m., police said.

A man is fighting for his life after he was shot multiple times while sitting inside a parked car in Strawberry Mansion.

Deadly gun violence continued in North Philadelphia on Saturday night, when police reported two fatal shootings that happened minutes apart. Two men were gunned down in a triple shooting at a deli on North 12th Street, and another man was shot dead on a front porch.

In between the deadly gunfire, police responded to several non-fatal shootings over the weekend. 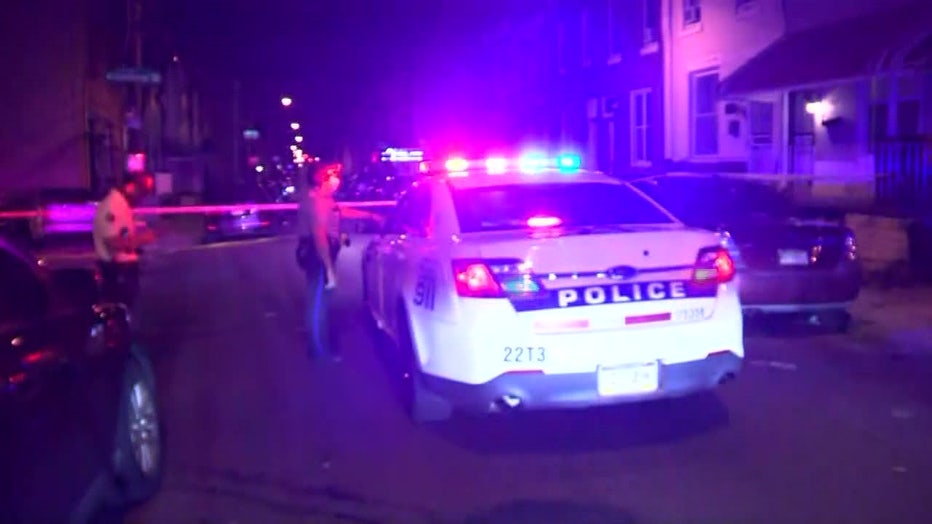 Police are investigating several deadly shootings this weekend in Philadelphia.

A 33-year-old man was placed in critical condition when police said he was shot eight times on the 2900 block of York Street early Saturday morning.

According to the latest data from the Philadelphia Police Department, there have been 378 homicides so far this year.