A Bensalem mother has some serious questions for the local school district after her kindergarten son was dropped off by a school bus in another part of town.

BENSALEM, Pa. - A Bensalem mother has some serious questions for the local school district after her kindergarten son was dropped off by a school bus in another part of town.

"My son is terrified. He doesn’t want to go back on the bus" Christina Rodriguez said.

She claims that her 5-year-old son Xavier went missing for 2 hours when he didn’t come home from school on Tuesday.

The kindergarten student at Samuel Faust Elementary School in Bensalem not only boarded the wrong school bus, but he was dropped off in a different neighborhood by himself nearly 2 miles away.

According to Bensalem Police, Xavier was found wandering by a good samaritan along Knights Road. The woman took the boy to a Conoco gas station for candy and a slushy while she called for help.

"A lady found him took him to a gas station bought him candy and then called the cops," Rodriguez said. 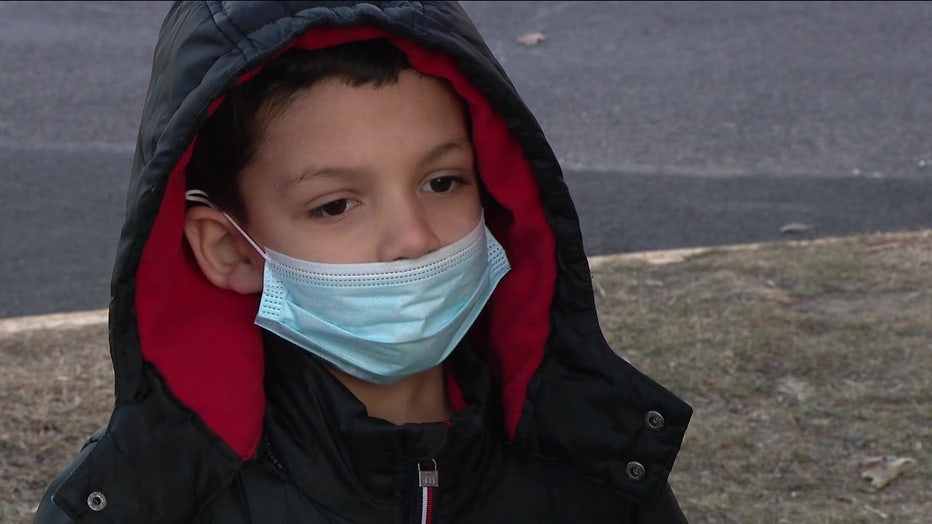 Bensalem Police took Xavier back to school and another bus drove him home around 6 p.m. Tuesday.

"I called the school. I didn’t get an answer. And once again they never called me to tell me he was on the wrong bus and was missing" Rodriguez said.

Even Xavier's 9-year-old sister knew something wasn’t right when her little brother wasn’t on the same bus home.

"I told the bus driver don’t leave yet. And after that she walked out the bus driver closed the door or without looking for my brother" said Leilany Rodriguez, a 4th grader at Faust Elementary.

"We are aware that, yesterday one of our youngest students boarded the wrong bus, and consequently got off the bus in an unfamiliar area. The student was safely reunited with family. The District is still investigating the situation to ensure it does not happen again" a statement from the Bensalem Township School District read.

Xaviers mother says a recent incident happened 3 years ago when her daughter was left on a school bus when she was in kindergarten.

"No kid should feel that way. You are sending them away to school and think they are safe. But they’re really not safe" Rodriguez said.