MOUNT LAUREL, N.J. - Edward Mathews, a Mount Laurel man who was seen on video hurling racial slurs at a neighbor during a tirade, appeared before a judge on Wednesday morning for the first time since being charged with over a dozen criminal charges.

During a virtual detention hearing, Judge Terrence R. Cook ruled that Mathews' is a threat to the community and will remain in custody until his trial. He is due back in court on Aug. 25.

Mathews, 45, was originally charged with bias intimidation and harassment after video of an altercation between him and some neighbors in early July made the rounds on social media.

Mathews was later arrested by Mount Laurel police who said new evidence had come to light from videos of the encounter that showed him spitting on and assaulting the victim. 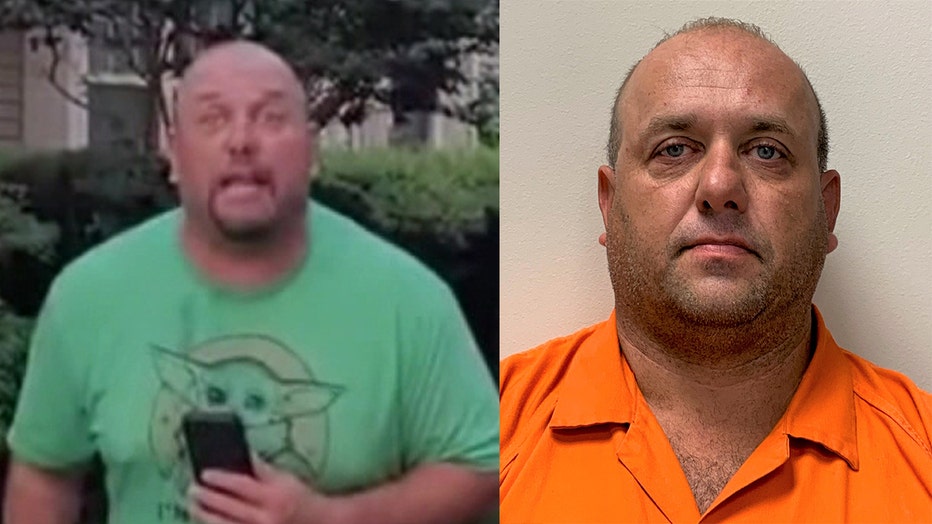 Edward Mathews, 45, is facing a host of charges after he was captured on video hurling racial slurs at a neighbor in Mount Laurel.

Mathews was ordered to remain behind bars while he awaited a preliminary hearing with a county judge. That meeting was delayed when prosecutors brought a host of new charges against Mathews, including stalking, drug possession and weapons offenses.

During a search of Mathews' home detectives found a slingshot and multiple ball bearings that prosecutors say Mathews used to fire at two vehicles causing more than $2k in damage. Prosecutors also accused Mathews of stalking one of the vehicle's owners.

Detectives allegedly seized several hallucinogenic mushrooms and packaging materials during their search, according to prosecutors.

During a virtual detention hearing on Wednesday, Mathews' attorney Anthony Rizzo argued that the Extreme Risk Protective Order (ERPO) that allowed police to uncover the weapons and drugs should not have been granted because Mathews' was already incarcerated and did not pose a threat to the community.

Assistant Prosecutor Jamie Hutchinson, representing the State of New Jersey, said the findings of the search confirmed several of the charges brought against Mathews and further illustrated his intimidation of neighbors and the community. The 30 rounds of ball bearings that were allegedly found in Mathews' home matched the ones fired through a victim's car window, according to prosecutors.

Edward Mathews is facing more than a dozen charges in connection with incidents authorities say date back as far as October of 2020.

Hutchinson detailed several police reports from neighbors dating back to August 2020 that alleged Mathews had been terrorizing neighbors of color. Some of the allegations included leaving a hateful message attached to a rock on a neighbors front porch, smearing feces onto a neighbor's car, and slashing tires.

An FBI investigation could not find fingerprints on the rock or message, but investigators did confirm the handwriting to be from Mathews', according to A.P. Hutchinson.

Prosecutors dove into Mathews' criminal record that included incidents dating back to 1995. Hutchinson called Mathews an "immense danger to the community and public at hand" when arguing that he should remain in custody.

"I think your honor can take into account all of these incidents and in theory, it would have been his third or fourth strike if he had been charged at the time," Hutchinson said.