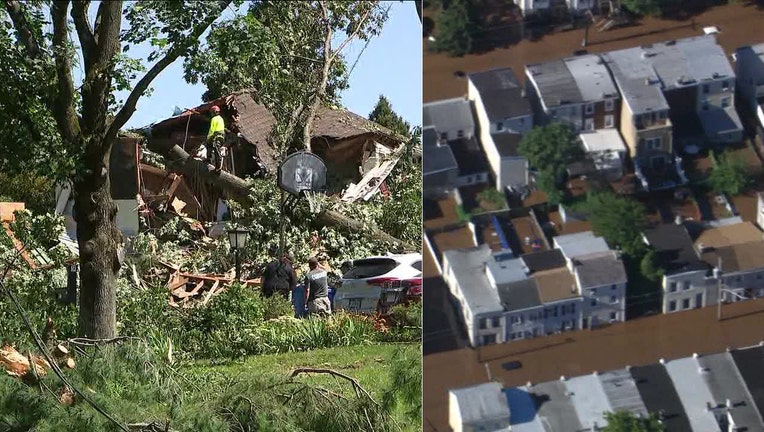 Parts of Montgomery County dealt with damage from tornadoes while others were faced with flooding.

NORRISTOWN, Pa. - Authorities in Montgomery County have identified three people who were killed in storm-related incidents earlier this week after remnants of Hurricane Ida swept through the region.

On Friday, the county coroner’s office revealed more information regarding a woman and two men who died as a result of the storms.

Maxine Weinstein, 68, died at her Fort Washington home on Wednesday from traumatic asphyxia and her manner of death was ruled accidental.

Craig Messinger, a 70-year-old resident of Schwenksville, was found dead in Skippack Township on Thursday. The coroner’s office says the cause of death was drowning.

Jack Caroluzzi, 65, died at his Bridgeport home on Thursday. Authorities say the cause and manner of his death is pending further investigation.

Montgomery County officials say a fourth resident of the county also died in the storms, but died in Bucks County. Information on the fourth victim’s death has not been released by officials in either county at this time.

Montgomery County was among the hardest-hit areas, and parts of the county were impacted by flooding and damage from a confirmed tornado.